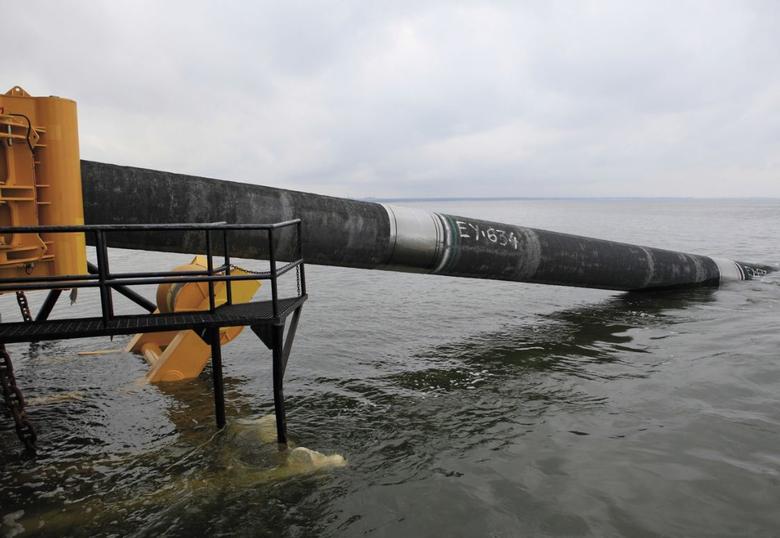 Referring to the Nord Stream projects I & II, former Deputy Prime Minister of Poland Janusz Steinhoff said: "From the point of view of domestic diversification and policy, these projects are extremely irrational, because these are examples of bypassing various regulations to liberalize the gas markets which are in place in the European Union. In other words, Nord Stream I & II are not subject to regulation that gas pipelines running through the EU are, and this is an evident example of an irrational approach and a lack of solidarity in Europe."

According to Mr. Steinhoff, the decision to pursue Nord Stream benefits the gas supplier who has a majority stake in the project – Gazprom – who he said is the de facto operator of the transmission system.

He opined that Poland is now in a completely different situation than it was in 2000-2001, at the time of Jerzy Buzek's government of which Mr. Steinhoff was a part. He recalled, "Mr. Buzek's government strived to build interconnections with Denmark and Norway, to send gas supplies of 5 BCM to northern Poland. "These projects were not accomplished, and now we have a completely different situation as regards gas."

According to him, the price of energy is a function of the number of alternative sources of supply. "In other words, many infrastructural projects of a cross-border nature that put Poland into the European competitive market for electricity and gas are very sound economically, because they bring about more competition and the reduction of prices."

Mr. Steinhoff said cross-border interconnectors are a very important element for building a competitive market for electricity and gas in Europe. He stated that any infrastructure project should be based on the economy and energy security priorities of the European Union.

"According to the report, Central Europe is slightly behind from the standpoint of GDP in comparison the top EU15, which is more than three times higher, while ours is EUR 11,000 per capita. We would like to catch up with the top 15 in Europe, but so far we are still trying," he commented.

CEEP, he said, sought to identify areas that might bring the region closer to Europe: "One of these areas is cheap energy." The organization's report, he said, outlines the issues and projects that don't require significant outlays, but that can ensure energy security and appropriate links to facilitate energy trade in the North-South direction.

Careful selection of such projects, he explained, could cost EUR 21-25 billion, but boosting infrastructure that would accommodate the EU15 would cost EUR 300-350 billion.

"We have taken a very careful approach of what might be effectively supported by the European Union."

Regarding the projects themselves, Mr. Janicki spoke about both electricity and gas. Of the latter, he said: "All of Poland is focusing on the Świnoujście LNG terminal, which will be completed shortly," he remarked. "There will be piecemeal implementations of different sections so that from the north the connection reaches Slovenia."

He said it is a very important development considering what is happening on the gas market.

"Recently the Russians have proposed $213-14/TCM. I hope the Polish oil and gas company can reach this level. Prices are going down, also due to such investment projects. We should now no longer rely on a single supplier."

For Central Europe, Mr. Janicki said there is an economic and financial aspect, given that the region has markedly cheaper gas than Poland or other countries have. "If we reduce the gas price, many investment programs in Poland become more viable, not to mention the emission reductions."

Still, many countries are seeing a drop in gas consumption, he noted.

He asked, "Why should we invest in gas in view of the fact that the potential of LNG is only utilized at a rate of 25%? That's true for the whole of Europe, but not for Central Europe."

In contrast, he said, Central Europe is well supplied with oil.

And how important is the North-South Corridor for Lithuania? Daivis Virbickas, Chairman of the Management Board and CEO, Litgrid AB, said that to get energy from north to south one needed to talk about Central & Eastern Europe and the Balkans.

"To get energy from north to south, you need to cross both of them," he explained. "Infrastructure for electricity and gas plays a significant role for integration, which is the reason why we're doing this."

He recalled that the idea of connecting the Polish and Lithuanian grids had gone back to 1992: "Twenty-three years and we have it. We've become integrated politically, becoming part of NATO, the European Union, integrated economically, but infrastructure will bring us the real integration and, speaking of the next step, I'm really convinced that this is only the beginning."

While there is a good list of projects, Mr. Virbickas said full integration needs to be on the table.

"We need good will, and we need political and economic support," he concluded.