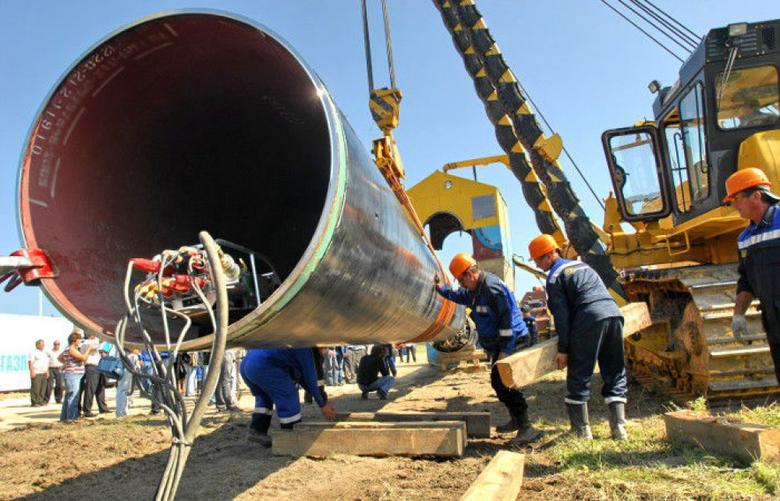 Despite being in the midst of a row on the troubled Turkish Stream project, Chairman of the Gazprom Management Committee Alexey Miller yesterday met with OMV's Rainer Steele to discuss the Nord Stream-2 expansion project.

In a statement released on Gazprom's website yesterday, the company said that the Mr. Miller and Mr. Steele, who is Chairman of the OMV Executive Board, met at Gazprom's headquarters yesterday to hold a working meeting.

The brief statement says that the two discussed the status of the Nord Stream 2 project. No details of what the discussions entailed were included.

Additionally, the statement says, the two sides discussed the possibilities of an asset swap and oil supplies to OMV from the Gazprom Group portfolio. No further details were given about the talks. OMV has not yet released a statement of its own.

OMV and Gazprom are two of the shareholders in the contentious Nord Stream-2 expansion project. BASF, E.ON, ENGIE, and Shell are the four other stakeholders.

The Nord Stream-2 deal has, in recent times, faced harsh criticism from a number of governments, who say the project could destabilise Ukraine and contravene the EU's interests in energy security and diversity. Last week, 10 governments, including Poland, Lithuania, and Greece, sent a letter to the European Commission outlining their concerns and calling for an "exclusive debate", Reuters reported.

The reaction is not the only hurdle Gazprom is facing currently about a pipeline project. Following the downing of a Russian military plane by Turkey last month, it was rumoured yesterday that the Russian government may "freeze" the Turkish Stream pipeline as it imposes sanctions on Turkey.