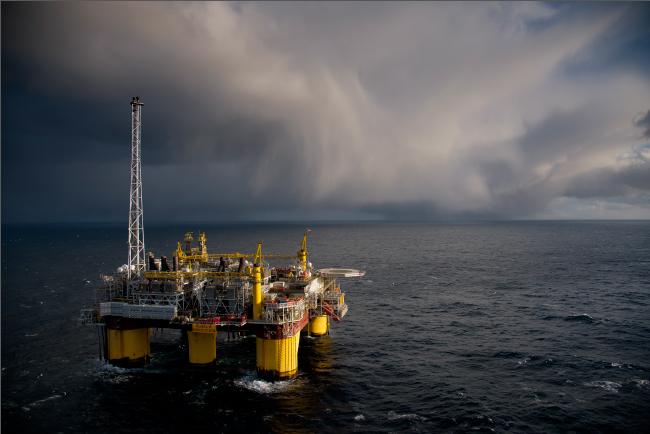 Norway, the EU's most reliable external supplier of gas, is seeking assurances that the bloc will remain committed to the fuel for decades to come so that it can attract investments to build new undersea pipelines from the Arctic.

Norway traditionally vies with Russia to be the EU's top gas supplier, providing about 30 per cent of import demand. In terms of energy security, EU officials hail Norway as a model of stability compared with the political and commercial risks associated with Russia and Algeria.

But Tord Lien, Norway's minister for petroleum, warned that the country should not be taken for granted. Energy companies working there are confronting strategic decisions about whether gas from abundant reserves in the Barents Sea, above the Arctic Circle, will be exported to Europe in pipelines, or will be liquefied and shipped further afield on tankers.

"We need to know the consumers in Europe are going to be there in 2030," Mr Lien told the Financial Times in an interview.

Mr Lien said that last year that there had been "some challenging and disturbing signals coming from countries in Europe, and from the EU" about the role of gas in its energy policy.

Some environmental groups oppose gas because — while less polluting than oil and coal — it is dirtier than renewable sources of energy. It is also unclear how far Europe will go in integrating gas markets across borders.

Norway has been particularly concerned by a proposal that EU energy companies would be allowed to club together to exert greater leverage in negotiations with gas suppliers. This Polish-led plan is aimed at Gazprom, Russia's gas export monopoly, but Norway worries that it could get caught in the crosshairs.

Despite the ongoing debate, Mr Lien said that he expected Brussels to lay down a marker of strategic intent with the publication of an EU gas strategy at the beginning of 2016. "I strongly believe that when that strategy is put forward next year, we will hear clear signals to European industry that gas is going to be an important part of the energy system," he said.

Mr Lien stressed that Norway still had massive stocks, which made it an obvious partner for the EU. He said that it had exported 2,000bn cubic metres to date. Another 2,000bcm will be produced in the next 20 years, and another 2,000bcm after 2035.

Still, 26 per cent of Norway's remaining reserves lie in the deep north, in the Barents Sea, which is currently exploited only for liquefied natural gas. If that gas is to be exported to Europe, hundreds of kilometres of new pipeline across the seabed will be required to feed the Barents Sea gas into the current pipeline network off Norway's west coast.

Norway is hoping that a collection of private companies can be enticed to build that infrastructure, but only if they have assurances about Europe's intentions.

As an example of the sort of messages that investors are seeking, Mr Lien argued that Amber Rudd, the British energy secretary, had given an unambiguous signal of the need for gas by pledging to phase out coal-fired power stations by 2025.

He added that Oslo was looking for Brussels to help set a robust price on carbon emissions to accelerate the transition from coal, but insisted that the fuel choice should largely be left to consumers in an open market.

This would mean avoiding subsidies and capacity mechanisms. Government-backed capacity mechanisms are common in the EU and are meant to prevent blackouts by ensuring that demand can be met at all times. But green groups argue that they provide an in effect subsidy to incumbent fossil fuels.

"What we need is not subsidies and capacity markets, we need free, open markets — a level playing field," Mr Lien said.