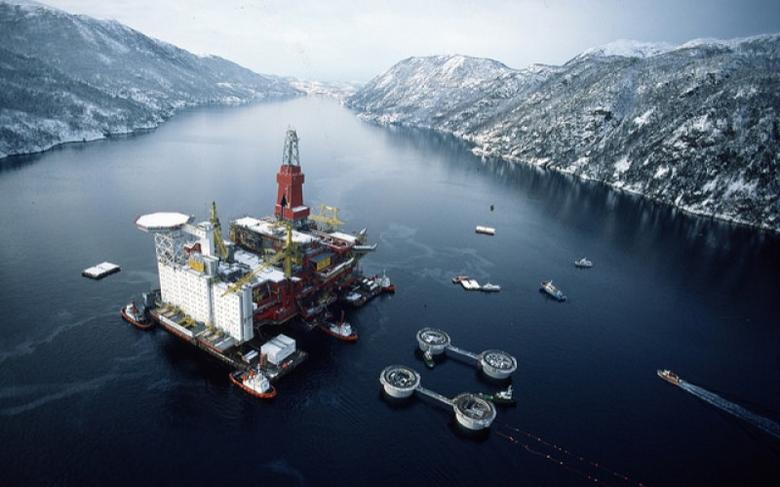 Statoil ASA's not about to give up on the Arctic.

The state-controlled oil producer will need the output from the far north to meet a goal of keeping up production levels in Norway to 2030 and beyond, Arne Sigve Nylund, Statoil's head of development and production in Norway, said in an interview on Thursday. Norwegian production now makes up about 61 percent of the total.

Statoil this week submitted an application to Norway's 23rd licensing round which includes untapped area in the southeastern Barents Sea that many explorers are betting hold promise. Still, it won't drill any exploration wells in the Barents this year or next after a disappointing campaign in 2014. Now many are calling into question the costs of venturing too far north amid slumping crude prices.

"There are no geographical boundaries for profitability," Nylund said in the interview in Kristiansund on the coast of central Norway. "When you work with solutions, optimizations, adjustments here and there, you see that the cost level comes down."

Nylund said it was also "entirely possible" to realize the Johan Castberg project in the Barents Sea. Statoil has also urged the government to go ahead with an impact study to potentially open the protected waters off the Lofoten islands to oil exploration.

Castberg's third delay earlier this year underscores the challenge faced by Arctic oil projects after Brent prices collapsed to less than $45 a barrel from about $115 in 2014. While the Gulf Stream ensures the Barents has less ice than other Arctic waters, profitability is undermined by a need to build infrastructure in the frontier region, which has only one producing field to date.

Statoil is still working on reducing costs on Castberg and isn't yet ready to "push a button," Nylund said. It plans to make a decision on a development concept in the second half of 2016, he said.

"I'm quite hopeful that the ongoing work will release Castberg and other projects in the Barents in the future," he said.

A decision on whether to build an oil terminal at North Cape, which was part of initial plans and would need to involve other fields to be viable, could be made after deciding to go ahead with the project, he said. Statoil said last month that a solution involving a floating production, storage and offloading unit is the most competitive option at the moment.

"We have great hopes in the north," Nylund said. "But we don't have all the answers."