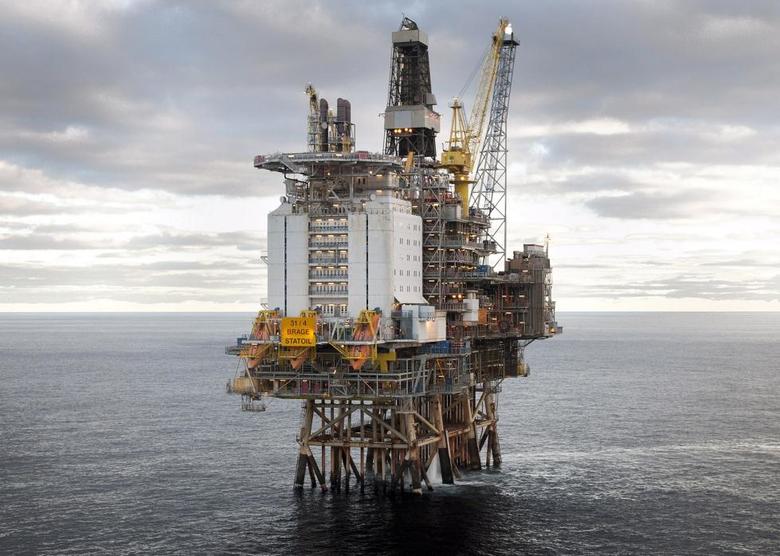 Statoil ASA has reduced its organic capital expenditure to $18 billion in 2015 from $20 billion in 2014. The move comes on the heels of a fourth quarter in which the Norwegian multinational firm reported net losses of $1.18 billion, compared with a $1.98-billion gain in fourth-quarter 2013.

"Through our significant flexibility in our investment program we are well prepared for continuous market weakness and uncertainty," commented Eldar Saetre, who this week was officially named Statoil's president and chief executive officer.

The fourth-quarter loss was caused by net quarter specific accounting charges of $2.4 billion mainly due to impairment losses related to Statoil's international operations and various exploration assets, partly offset by gains from the sale of assets, the company says.

Statoil in the fourth quarter entered into an agreement with Southwestern Energy Co. to reduce its ownership in Statoil's nonoperated US southern Marcellus onshore asset to 23% for a cash consideration of $394 million.

During the full year, Statoil reported transactions with proceeds of more than $4 billion, including the divestment of assets on the Norwegian continental shelf (NCS); and sale of Shah Deniz in Azerbaijan.

Adjusted earnings in the fourth quarter were $3.6 billion, compared with $5.65 billion in fourth-quarter 2013. Statoil attributes the 36% reduction in the quarter primarily to the significant drop in the liquids prices. Lower European gas prices and increased depreciation and operating costs also contributed to the decrease.

However, the company says strong operational performance on the NCS as well as a positive exchange rate, improved refinery margins, and increased volume of liquids sold counteracted the decrease.

Expected natural decline and reduced ownership shares from divestments partly offset the increase. The annual equity production outside of Norway ended at a record high of 743,000 boe/d.

The company added 540 million boe to its resource base from exploration in 2014. Statoil reported a reserve replacement ratio (RRR) of 62% during the year. Organic RRR was 96%, down compared with 2013. However, Statoil says it is "a satisfactory level." The average 3-year replacement ratio was 117% at yearend.

"We have improved our production efficiency on the NCS by more than five percentage points, adding 50,000 b/d—equivalent to more than $1 billion in cash flows on an annual basis," said Saetre.

"Together with the annual efficiency gains from 2016 of $1.7 billion and reduced capital expenditure and exploration expenditure of $2.2 billion, we see a pretax cash improvement of around $5 billion. This corresponds to reduced cash neutrality by around $30/bbl from 2016," he said.

Statoil notes that its portfolio of onshore and nonsanctioned projects holds "significant optionality," and more than one third of the capital expenditure in 2017-18 is uncommitted, enabling the company to deliver free cash flow to cover dividend at an oil price of $100/bbl in 2016, $80/bbl in 2017, and 60/bbl in 2018.