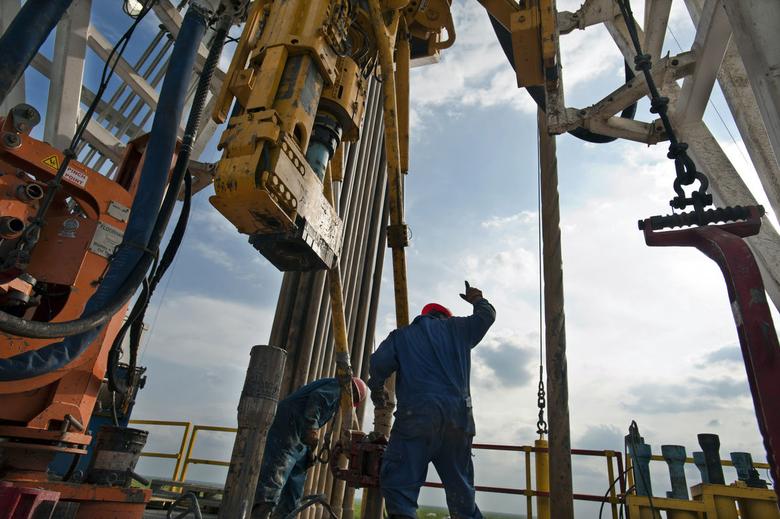 The US drilling rig count plunged 87 units, a decline that was again spurred mostly by oil rigs, to settle at 1,456 rigs working during the week ended Feb. 6, Baker Hughes Inc. reported.

That total is the lowest since Mar. 26, 2010, and 315 units fewer compared with this week a year ago. The count has now fallen 10 consecutive weeks, losing 464 units during that time, of which 435 were targeting oil.

During the week, land rigs plunged 85 units to 1,397. Rigs drilling in inland waters dropped 3 units to 9. Offshore rigs edged up a unit to 50.

Oil rigs plummeted 83 units to 1,140, while gas rigs dropped 5 units to 314. Rigs considered unclassified edged up a unit to 2.

The average Canadian rig count for January, meanwhile, totaled 368, down 7 from the 375 counted in December and 136 from January 2014.

North Dakota and the Williston each fell 11 units to respective totals of 132 and 137.

New Mexico dropped 9 units to 78. Colorado dropped 8 units to 55. West Virginia and Kansas each dropped 4 units to 19 and 18, respectively. Ohio and Utah each dropped 2 units to respective totals of 39 and 12. Louisiana edged down a unit to 107.

None of the major oil-and gas-producing states reported a gain. However, the Cana Woodford represented the one major US basin to report a gain, adding 3 units to reach 43.