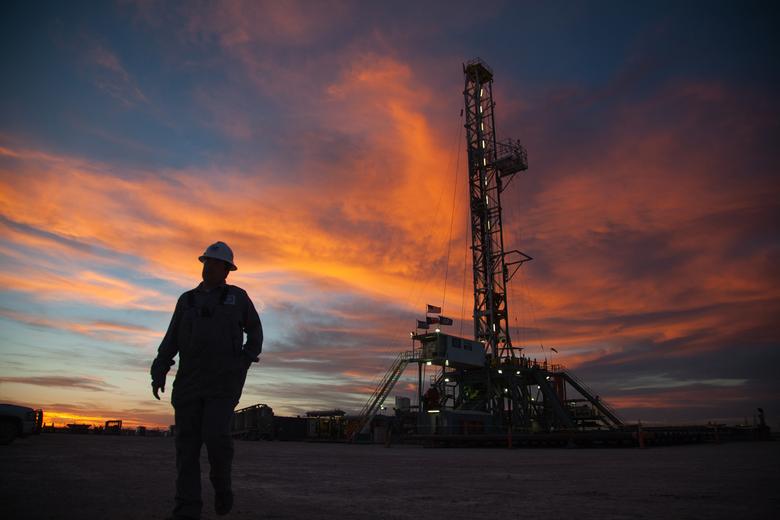 Tourmaline bought a gas property last week for C$257 million ($201 million) in shares and Rose, chairman and CEO, plans to pick up additional assets. He's been in touch with large companies he bets will be pressured to sell if low prices persist.

"We've stayed close to certain companies and you kind of peck away at them and maybe you get them in a weak moment," Rose, 57, said in an interview at Bloomberg's New York headquarters. Rose is part of a family of energy entrepreneurs, including his father-in-law Clay Riddell, wife Sue Riddell Rose and brother-in-law Jim Riddell.

Tourmaline is growing as peers shed assets and reduce dividends with US crude hovering below $50/bbl. While energy producers grapple with oil prices that hit a six-year low on Monday, Tourmaline's low debt and cheap gas supply means it can still afford purchases, according to Peters & Co., a Calgary-based investment bank.

"They've historically taken times like these to fill in and add to their core areas," said Cindy Mah, an analyst at Peters & Co. "They have a good combination of a really strong balance sheet and a very low cost structure."

Among the lowest cost gas producers in Canada thanks to its drilling success and ownership of pipelines and gas processing plants, Tourmaline can be profitable even with Canadian gas prices below C$3/gigajoule, Rose said. Spot prices traded at C$2.56 on Monday. The company also keeps its debt low, at 1 to 1.25 times cash flow, he said.

While 84% of Tourmaline's production is gas and the rest oil and other liquids, the company hasn't been immune to the 60% drop in crude prices since June. Tourmaline plans to cut capital spending by 33% this year, compared with a 37% average industry reduction based on forecasts compiled by Bloomberg.

ConocoPhillips is among energy companies considering asset sales amid depressed oil prices, as it markets gas-producing properties that account for about 20% of its production in Western Canada. Whiting Petroleum has hired a bank to explore a sale of the company, people familiar with the matter said last week. The company is selling oil and gas processing assets in North Dakota, Bloomberg News reported in February.

Tourmaline's most recent purchase on March 12 from Perpetual Energy -- a producer run by Rose's wife and billionaire father-in-law -- gives the company land in Alberta producing the equivalent of 5,750 bpd, as well as full ownership and operating control of three gas processing plants.

"There are some good assets for sale in Canada," Rose said. "If Q2, Q3 prices are weak, which a lot of people forecast, I think you're going to see more available," he said, referring to oil prices in the second and third quarters of 2015.

Tourmaline, the largest gas producer in Canada after Canadian Natural Resources and Encana, would consider adding to any of its three main areas of development, the Deep Basin, Peace River High and Montney regions in Alberta and British Columbia, Rose said.

"We've done a few deals and they're typically C$200 million to C$300 million," Rose said. "They don't divert the focus we have" on internal drilling opportunities, he said.

Tourmaline expects that late in 2016, with its production ramping up to about the equivalent of 200,000 bpd, the company can look at issuing a dividend with the surplus cash it brings in, depending on commodity prices, Rose said.

"All the other seniors pay a dividend so we might get a little pressure that way," Rose said. "Let's get to cash flow positive first."

Rose and a handful of his colleagues created Tourmaline after starting and selling two other Canadian companies, Duvernay Oil and Berkley Petroleum, Royal Dutch Shell paid C$5.27 billion in 2008 for Duvernay and Anadarko Petroleum bought Berkley for $777 million in 2001.

A geologist who got his start in the industry at Shell in 1979, Rose named his latest company after his favorite mineral, a semi-precious stone that comes in a variety of colors. Company insiders own 30% of the shares.

Analysts are split on whether Tourmaline, Rose's biggest company yet, is now too big to be acquired. Peters & Co.'s Mah said there could be interest from companies looking to export liquefied natural gas (LNG) off Canada's Pacific Coast. Randy Ollenberger, an analyst at BMO Capital Markets in Calgary, said it's unlikely.

"Initially, everyone thought that was what was going to happen, but Tourmaline has probably gotten to a size that's probably too big a bite," Ollenberger said.

The stock has 12 buy, one hold and one sell recommendations from analysts' estimates compiled by Bloomberg.

While Rose isn't looking for a takeover for Tourmaline and the company hasn't had discussions with any buyers, he agreed potential LNG exporters would be attracted.

"The majors are doing other things right now and the only people that can buy us are supermajors," Rose said. "Who would be interested? All the guys on the Canadian West Coast, if and when the LNG projects go ahead and we believe two or three of them will. None of them have the gas molecules to support those projects."