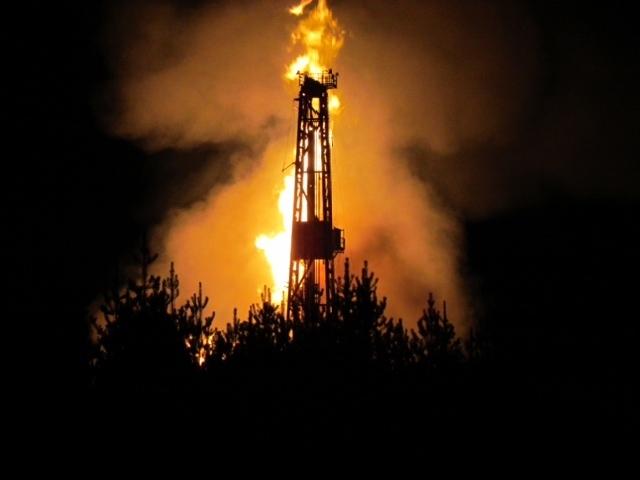 Onshore and offshore driller Nabors Industries Ltd swung to a quarterly loss, hurt by a fall in drilling activity amid a slump in global crude prices.

The company's shares fell 2.7 percent to $12.20 in after-hours trading on Monday.

Adjusted income from Nabors' completion and production services business more than halved to $16.7 million in the fourth quarter compared with a year earlier.

Nabors, which operates the largest land drilling rig fleet in the world, said it had "significantly scaled back" the pace of new rig construction in the United States as part of its efforts to cut costs.

Nabors recorded charges of about $1.2 billion in the quarter related to its pending deal with C&J Energy Services Inc and the "current industry downturn".

Nabors had said in June that it would merge its well maintenance business with C&J for $2.86 billion in cash and stock. C&J last month cut the cash portion of its offer by $250 million.

Excluding items, the company reported a profit from continuing operations of 33 cents per share, missing the average analyst estimate of 39 cents, according to Thomson Reuters I/B/E/S.