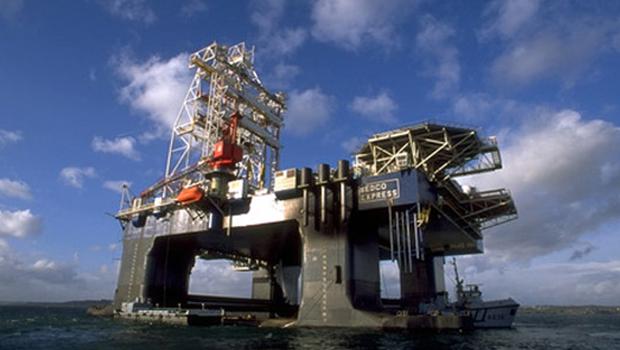 But the British government over the weekend threatened to force L1 Energy to sell the U.K. assets involved in the purchase. Mr. Fridman's group on Monday criticized that stance, saying U.K. Energy Secretary Ed Davey 's opposition to the sale of the U.K. assets was "not rational."

LetterOne said it reserved the right to take legal action and seek compensation if the government follows through on a threat to block the sale of 13 North Sea gas field stakes to Mr. Fridman.

The U.K. government said it is concerned that U.S. or European Union sanctions against Russia over the conflict in Ukraine could be extended to Mr. Fridman, who maintains business and government relationships in Moscow. Mr. Fridman and other Russians involved with LetterOne aren't currently targets of sanctions.

Asked for comment, the U.K. government reiterated its statements from the weekend.

The confrontation between Luxembourg-based LetterOne and the U.K. government comes as tensions increase over the conflict in Ukraine, a transit route for Russian gas to European markets, and concerns about Russian ownership of energy assets in the region. Last week, Russia's stated-controlled OAO Rosneft threatened to halt gas deliveries to Ukraine if it failed to make a prepayment for new shipments.

Mr. Davey told LetterOne and RWE over the weekend that if the sale proceeded, he "would be minded to require" the companies to sell the assets to a third party. The fields make up between 3% and 5% of the U.K.'s gas production.

RWE and LetterOne's agreement already requires that the U.K. assets to be held separately and that the German utility to buy back its those fields if sanctions were imposed on Mr. Fridman, his partners or the fund within a year. Mr. Davey said that didn't alleviate his concerns.

The British North Sea natural-gas fields form about 20% of the value of the transaction for RWE's oil-and-gas business, Dea, which produces about 100,000 barrels of oil equivalent a day. Even if the U.K. government succeeded in blocking the British part, Mr. Fridman's group would still have acquired considerable assets.

The deal marks Mr. Fridman's return to the energy industry two years after he sold his stake in TNK-BP to Rosneft, a sale that provided the seed money for Monday's purchase. Mr. Fridman, 50 years old, rose from a window-washing business to become one of Russia's richest men. Alfa Group, which he set up with billionaire German Khan, has interests in banking, retail and water utilities. Alfa Group collected $13.9 billion from the 2013 sale of TNK-BP to Rosneft.

It also makes Mr. Fridman and Lord Browne business partners again, a decade after their sometimes-fractious relationship over Mr. Fridman's purchase of the main asset in Sidanko, a Russian oil company that BP owned a stake in. Later they were partners in TNK-BP.

Both men said they had put their differences aside. "The one thing about being adversaries is you learn more about them than you do when you're business friends," Lord Browne said in an interview. "When we got it all together TNK-BP was a fantastic activity."

L1 Energy, which would be capitalized with $10 billion plus debt, will focus on acquiring new assets alongside the ones it already owns in addition to buying into exploration opportunities and development projects or even companies, Lord Browne said.

"This is not an investment activity. This is building a company for the future," Lord Browne said.

Ross Denton, a London-based partner at law firm Baker McKenzie LLP, said that LetterOne could face an uphill battle in a court proving that Mr. Davey's decision was unreasonable based on the information currently available. Claiming damages could also entail a high burden of proof on LetterOne to show that Mr. Davey was maliciously trying to hurt them.

However, the fact that the deal has received approvals in the other countries relevant to the transaction and the U.K. is the only one that declined to provide the approval could work against the U.K., Mr. Denton added.

An RWE spokeswoman said the German company doesn't plan to take part in any legal action with LetterOne. The sale was crucial for RWE, which is trying to reduce its €31 billion in debt.