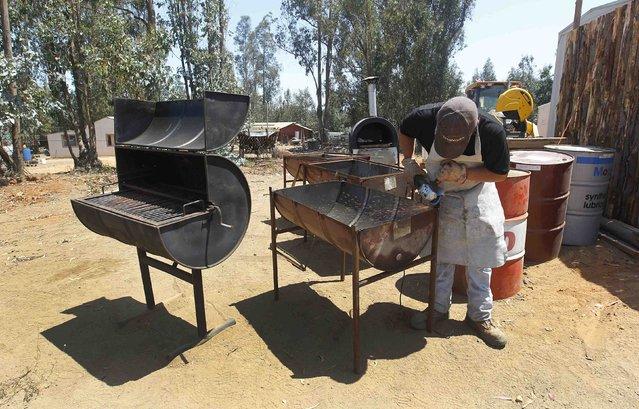 With Saudi Arabia reluctant to cut production, crude oil prices over the next decade depend greatly on producers' costs, says a veteran observer of oil markets and the Middle East.

An oil-price rise to $80-90/bbl in the next couple of years requires a production cut unlikely to be made by Saudi Arabia, says Fereidun Fesharaki, chairman of Facts Global Energy (FGE), London. Without a Saudi cut, Fesharaki writes in a March report, "prices can lag at $40-60/bbl for some time to come."

Lower growth in oil production in the US, he adds, will not support prices on its own.

According to Fesharaki, Saudi Arabia "had no choice" when under pressure last year to cut production in defense of the crude price while supply was zooming in the US.

Before agreeing to cut output, he believes, the Saudis need to see growth in US oil production fall to no more than 200,000 b/d in 2016 and Iraq accept "real quotas."

Both conditions are steep. US production growth last year was 1.5 million b/d and this year will be about 1 million b/d. And Iraq, which will be producing nearly 4 million b/d by yearend, remains "absolutely reluctant" to accept a quota.

"They [Iraqi officials] are unlikely to negotiate a quota before their production reaches 6-7 million b/d," Fesharaki says.

The market needs to shed 3-3.5 million b/d of current and future oil production to allow the crude price to exceed $80/bbl in the next year or two, he says.

This could occur if Saudi Arabia lowered production to 8 million b/d, if US production growth fell by 500,000-800,000 b/d, and if Iraq accepted a quota not exceeding 3.5-4 million b/d. Other OPEC members also would have to cut production, and Russia is likely to lose 300,000-500,000 b/d of production because of low oil prices and sanctions.

"This is a tall order," Fesharaki says, noting that Iraq has little incentive to limit supply.

This combination "can impact the market positively to the $50-60/bbl range, but it is not enough to raise prices to beyond $80/bbl," Fesharaki says.

Iran, meanwhile, might increase production by 500,000 b/d in 3-6 months if freed of international sanctions and by 700,000 b/d a year beyond that. Iran will be reluctant to accept a lower production and remains committed to total liquids production of 4 million b/d.

Fesharaki outlines one scenario in which crude prices fluctuate within a range of $50-80/bbl for the next 10 years. This assumes producers, especially in the US, don't cut costs dramatically.

If US production doesn't fall, Fesharaki adds, Saudi Arabia might have to raise production to perhaps 10.5 million b/d to depress the crude price to $30-40/bbl, despite protests from other members of OPEC.

"But we feel confident that oil prices in the range of $40-45/bbl will cut 80% of the US production growth," Fesharaki says.

He doesn't expect a demand rebound to rescue the market. Demand growth of slightly more than 1 million b/d is possible this year. Next year, growth of 1.5-2 million b/d is "unlikely, but not impossible."

The analyst also doesn't expect geopolitical upsets to cut production enough to balance the oil market, calling a major supply disruption from any of the vulnerable producers "highly unlikely."

For the rest of this year, he expects prices of West Texas Intermediate and Brent crude to fall to $40/bbl in the second quarter, with WTI $2-3/bbl below the European marker, because of seasonal demand weakness, increasing storage costs, and postponement of refinery maintenance.