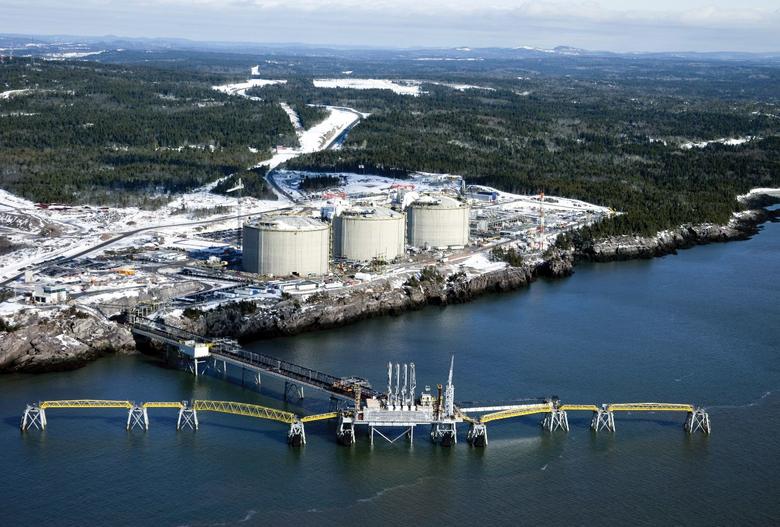 Large quantities of shale gas, tight gas and coalbed methane are being discovered and extracted in the vast Western Canadian Sedimentary Basin (WCSB), which covers southwestern Manitoba, southern Saskatchewan, Alberta (AB), northeastern British Columbia (BC) and the southwest corner of the Northwest Territories.

The WCSB contains one of the largest concentrations of oil and gas in the world, with the majority of the estimated resources concentrated in AB. 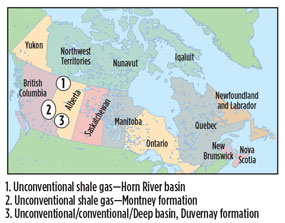 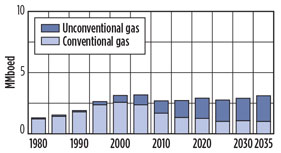 Much of the produced unconventional gas will be used to feed Canada's petrochemical industry and its planned LNG export terminals. LNG projects have been proposed on both the west and east coasts. Pipelines would carry gas from western Canada to the east coast projects, facilitating greater use of the country's widespread gas reserves.

Will LNG projects get their wings? As of the time of publication, a number of proposed LNG export facilities in Canada are under regulatory review. Most of these projects are located in BC and will receive a portion, if not all, of their gas feedstock from unconventional gas produced in the WCSB (Table 1). At present, Canada has no operating export terminals and just one operating LNG import terminal—Canaport LNG's regasification terminal in Saint John, New Brunswick. 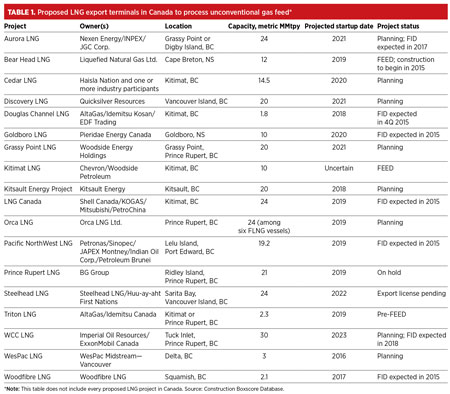 The BC government has set a target of three LNG export terminals in operation by 2020. However, several factors are working against this happening. Low oil prices have caused many companies to rein in their spending and have pushed down oil-indexed Asian LNG spot prices.

Also, competition for market share from LNG projects in the US and elsewhere have forced estimated startup times for advanced LNG projects to be extended beyond 2020. According to investment firm Sanford C. Bernstein and Co., BC may only see one project completed by 2021 and a second by 2023.

However, a lower Canadian dollar is actually improving construction economics for some of the planned LNG projects, as energy majors have begun to cut spending for other projects worldwide. One example is Shell's February cancellation of its Arrow LNG project on Curtis Island in Queensland, Australia, which will allow the company to focus on its LNG Canada JV with KOGAS, Mitsubishi and PetroChina in Kitimat, BC.

The status of the LNG Canada project has come under scrutiny in recent months as KOGAS announced in November that it may sell its stake in the project. However, Shell's recent re-focus on the venture could improve the project's chances of reaching completion.

Proposed tax breaks could also help Canada's LNG projects climb out of limbo. The government is studying the possibility of including tax concessions in the upcoming federal budget for companies that plan to build LNG export terminals. To fast-forward development, the Canadian Association of Petroleum Producers (CAPP) is asking the government to reclassify LNG export plants as manufacturing assets, which would allow exporters to write off 30%–50% of their total annual capital investments, compared to just 8% under the existing classification for LNG plants. A handful of the most promising LNG export projects are detailed in the following sections. 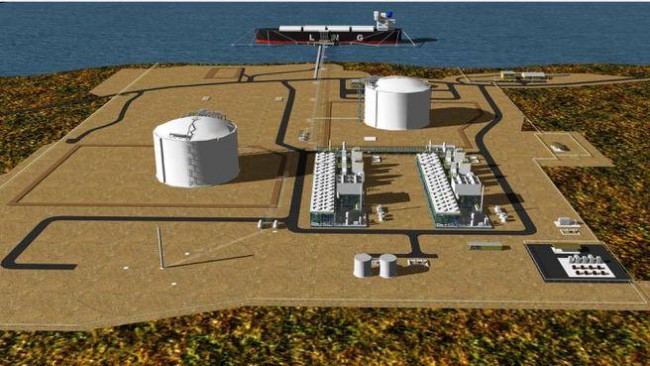 The gas would be imported at various points along the US-Canada border, for which Bear Head must obtain permission from the US Department of Energy (DOE) to import up to 503 Bcfy. The company hopes to source the majority of its feedstock from shale plays, including the Marcellus shale in the US.

LNG exports are slated to begin in early 2019 at 8 metric MMtpy and reach 12 metric MMtpy by 2024, depending on market and supply conditions. The site, which has already been granted 12 permits, was previously owned by Anadarko Petroleum Corp. LNGL purchased the site for $11 MM in mid-2014. Anadarko spent more than $100 MM in the early part of the last decade to prepare the site as an LNG import terminal, but the volume of unconventional gas now being produced in Canada could make the Bear Head project a successful gas export venture.

Meanwhile, Kitimat LNG is running a relay race against competing projects, hoping to win first place. The Chevron Canada-led project (Fig. 4) is in the FEED stage and has achieved all major federal and environmental approvals. Woodside Petroleum Corp. joined the project after Chevron partner Apache Corp. dropped out of the venture in August 2014. Apache also dropped out of Chevron's Wheatstone LNG project in Australia at the same time, later selling its share in that terminal, along with the Kitimat stake, to Woodside. 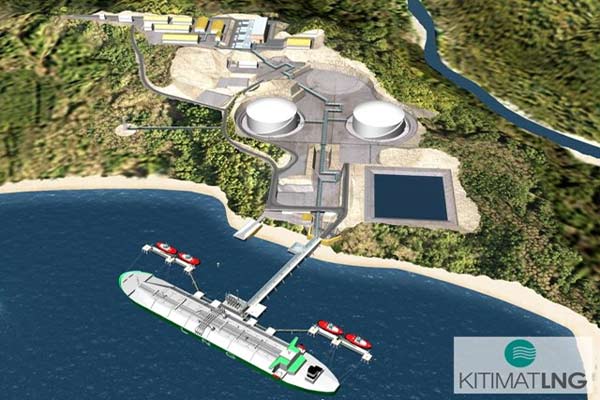 The Kitimat project's final investment decision (FID) will depend largely on the signing of offtake contracts for at least 60%–70% of its nameplate capacity, according to Chevron. As of early 2015, the company had not reported any offtake deals, which could delay the FID to 2016 and slow the terminal's construction timeline. However, if contracts are signed quickly, then Chevron believes that Kitimat could be the first LNG export terminal to come online in BC.

Upon startup, the LNG terminal will export 5 metric MMtpy from two trains; capacity will eventually be doubled to 10 metric MMtpy. Kitimat LNG is designed to export LNG based on shale gas feedstock from the Liard and Horn River basins in BC. The 480-km, underground Pacific Trail pipeline will deliver gas from Summit Lake, BC to the Kitimat LNG site at Bish Cove on the northwest coast of BC.

The Pacific NorthWest LNG project is at what primary developer Petronas hopes will be a temporary standstill. In December 2014, Petronas delayed its FID on the $11.4-B export terminal for the second time, due to high construction costs in the midst of low oil prices, which are hurting the Malaysian energy giant's bottom line. However, if oil prices recover, there is a good chance that the project will move forward, as it has strong backing from Petronas and its partners.

The Pacific NorthWest LNG project is a JV among Petronas (62%), Sinopec (15%), JAPEX Montney (10%), Indian Oil Corp. (10%) and Petroleum Brunei (3%). As part of the project, TransCanada plans to build more than 900 km of pipeline to carry feedstock gas over difficult terrain to the terminal site on Lelu Island in Port Edward, BC. The project received an environmental certificate from the BC government in November 2014 and is awaiting a decision in 2015 on its environmental assessment application to the Canadian Environmental Assessment Agency. Construction will take four years, and will begin after all necessary permits and assessments have been finalized. Operations at the two-train terminal are tentatively targeted to start in 2019.

A number of other projects are planned to source gas feedstock from the WCSB for liquefaction, as shown in Table 1. A competitive market, along with the direction of oil and gas price movements, will play a large role in the success or failure of the many LNG ventures proposed for Canada's west and east coasts.