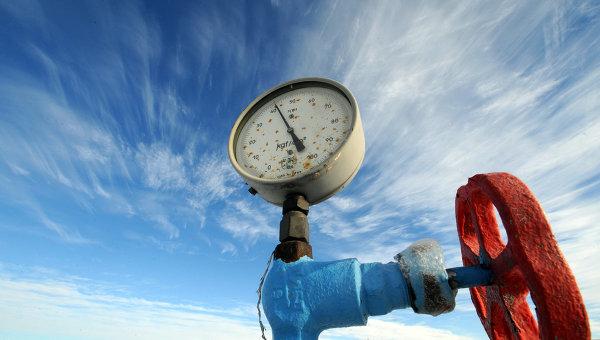 Ukraine is poised again to rely most on Russia for its gas, diminishing demand from the West and driving down prices that are already at a five-year seasonal low.

Imports from the European Union (EU) will drop because Russian gas is now competitive, according to state-run NAK Naftogaz Ukrainy. Flows from Slovakia, the EU's biggest supplier to Ukraine, may fall by a quarter from May, Tomas Marecek, the chairman of Slovak grid operator Eustream, said Friday.

European prices for next winter will drop at least 9% by October as liquefied natural gas (LNG) flows expand, Russian supplies swell and demand weakens, according to Bank of America.

Ukraine imported more gas from the EU than from Russia in the first quarter, after decades of reliance on its eastern neighbor, according to pipeline operator UkrTransGaz. That helped compensate for a fourth year of weaker consumption in Europe that combined with rising LNG supply to damp prices.

"Any import reduction will result in further downward pressure on European gas prices," said Massimo Di-Odoardo, a research director for European gas at Wood Mackenzie in London. He forecasts a 5% drop in fourth-quarter prices from now.

Winter gas in the UK, Europe's biggest traded market, may drop to below 45 pence/therm ($6.77/MMBtu) by October, Bank of America said in a research note on April 2. The fuel for delivery for the six months from October rose 0.6% Friday to 49.55 pence/therm on the ICE Futures Europe exchange in London.

Spot gas may slip below $7/MMBtu (46.6 pence/therm) in the fourth quarter, according to Di-Odoardo.

That volume may stay within the EU as a 48% decline in crude last year filters into oil-linked prices in Naftogaz's contract with OAO Gazprom, Russia's state-owned gas exporter. Combined with extended discounts from the Russian government into this quarter, Gazprom's gas is becoming cheaper, Yuriy Vitrenko, managing director of international business at Naftogaz, said in an interview in Amsterdam.

Naftogaz will buy about 30% less gas from Europe via Slovakia compared with January and will probably halt imports through Poland and Hungary, where the price is already not competitive, he said, without specifying when the reduction would start.

Slovakia offers "the biggest and the cheapest" route of the three EU countries that supplies Ukraine, meaning some volumes will continue to be shipped, Eustream's Marecek said in an interview. Ukraine will also keep up such purchases for security of supply, he said.

A surge of LNG and Russian pipeline gas imports is forecast to outpace growth in European gas demand by more than half in the April-September period, Societe Generale said in a note.

While the flexibility to buy from either Russia or the EU depends on prices, Naftogaz may boost purchases from the West again for security of supply if the war situation in Ukraine escalates, Vitrenko said. No deal to extend Russian price discounts into the third quarter has been agreed yet, casting uncertainty over Russian gas imports beyond June, he said.

"The Ukraine situation is a downside risk to European demand" as they will buy Russian gas for storage in the summer, said May Mannes, head of gas and LNG analysis at Platts' London-based Eclipse Energy Group.