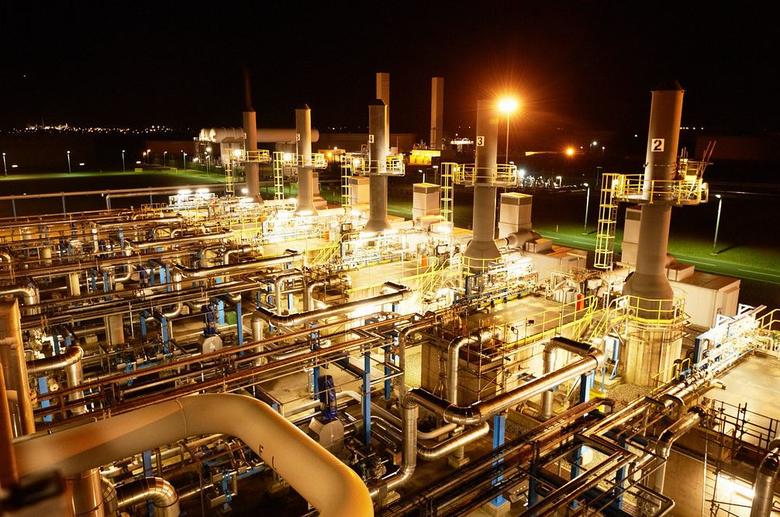 The number of natural gas related developments currently progressing or being discussed in the eastern Mediterranean region, brand it as a very exciting region.

Projects which include the construction of pipelines, LNG terminals, storage capacity extensions as well as exploration and production, could very well revolutionize the natural gas market in the region. This is also reflected by the number of projects seeking EU funding from the Connecting Europe Facility and the Juncker Investment Plan. To gain access to these funds, projects need to gain the approval of the European Commission, and be labelled either as Project of Common Interest (PCI) or a Project of Energy Community Interest (PECI). To this end, the European Commission will review its list of PCI's in the Autumn of 2015. This 2nd PCI list will indicate which projects will qualify for fast track processing and funding.

Most recently, in May 2015, the European Commission approved 15 grant agreements for priority energy infrastructure projects in Europe under the Connecting Europe Facility funding programme. Out of these fifteen, four are gas infrastructure projects and all of them are targeting Southeast European markets: two in Greece, one in Croatia and a cross-border interconnector.

Examining the essential gas transmission infrastructure projects in Europe alone - without taking into account the upstream sector – according to the European Commission, investments of at least 70 billion EUR are required by 2020, while EU funding will provide €4.7 billion for both gas and electricity PCIs between 2014 and 2020, subject to final approval of the European Fund for Strategic Investments (in 2015).

Putting aside political will on the national or regional level, which might be the primary driver behind the realisation of certain projects, the commercial viability of these projects will ultimately depend on market driven dynamics of supply and demand.

It is clear that projects focusing on the interconnectivity of national markets and their respective networks have the capacity to increase the demand of natural gas by opening up the markets to multiple players in the region.

Similarly, projects that focus on storage capacity extension, have the ability to inject the market with the power of flexibility as during high price periods, stored capacity can be released, and vice versa, allowing for a smoothening effect to take place in market pricing. That being said, it has been increasingly challenging to ensure reasonable returns on investments in gas storage facilities in Western Europe, which in turn has led to a reduction of storage capacity (i.e. Belgium, France and Germany). Operators are pointing out that the intrinsic value of a storage system is neither adequately recognized nor reflected in existing transmission tariffs.

This leaves projects that take the form of pipelines bringing third party natural gas volumes, LNG terminals, and exploration and production of domestic supplies. These projects are supply focused as they have the capacity to bring in more volumes as well as alternative suppliers to the market, thus fostering competition.

In terms of pipelines bringing in third party volumes, we currently see a number of projects which claim they will be able to supply the EU with natural gas from the Caspian, Russia, potentially Iran as well as other Middle Eastern producers, at competitive market prices. This means that the cost of natural gas at its production location, plus transportation costs, which include the cost of the pipeline itself, would be able to compete at a market price level. This is achieved by the fact that the financing of pipelines usually involves a number of national and international parties. Meanwhile by the time construction begins, long-term offtake agreements will have already been signed securing the bankability of the project. Of course, these are all considered as mega projects and they are at different levels of maturity at this moment, while the existence of demand drives their materialization. On the other hand, in the absence of the necessary demand, long-term offtake contracts cannot be signed and the necessary funding cannot be raised in return.

This simple and sound commercial logic that underpins any long-term and capital intensive investments in the sector is not always reflected in the models of regulated markets. In this respect, the current debate around the Network Code on Capacity Allocation Mechanisms serves as a good example (NC on CAM is the first network code among the primary 4 to be adopted, forming the core of the EU Gas Target Model – the vision of the single liberalized EU gas market). The latter is designed to establish a set of principles that will facilitate gas transmission capacity investments in Europe. Among others, it puts forward rules that would allow suppliers/shippers to book incremental capacity on future interconnectors in the EU. However, in its present form, this framework hardly gives the financial incentives for suppliers to do so, as the capacity should be provided on an ad-hoc basis, hence their returns cannot be secured.

This way, even though the projects might enjoy strong political support, their commercial viability can well be challenged by the present regulatory system. According to the President of Gas Transmission Europe, Stephan Kamphues, 'we now need some framework that allows investors to put money into projects, even if there are no bookings (for incremental capacity)...we need a stable framework that allows us to recover costs on these pipelines. That is a big thing that is missing in CAM.'

Moving to the upstream sector, most of the Exploration and Production projects available in the region currently involve offshore and in many cases deep-water exploration. The prospect of a regional production in the Black sea and the Adriatic is very appealing to both, national governments and the EU on the whole: while the national economies would directly seize the financial benefits of hydrocarbon production, developing the indigenous resources is an important element of European energy security and supply diversification.

Nevertheless, the high cost and risks associated with offshore and especially deep-water exploration and production are not always adequately recognized by the governments in the region. This cost is covered by the capital expenses of the exploration companies which take the full risk of drilling dry wells, while even if they do manage to succeed in discovering a field, the commercial viability will depend heavily on the cost of extraction per unit, which also includes a provision for the risk of unsuccessful drilling, as well as the market price.

All facts lead to a single conclusion. When looking at supply projects, the market will automatically correct itself as the project sponsors will only proceed with an investment the moment they know their investment is commercially viable.

It is clear that all projects will not be able to proceed as their commercial viability will not allow them to if competing projects materialize. Identifying the winning combination might be a very tricky question to answer, as for different players this will differ widely.

Nevertheless, one can try and approach this question in a more, long term, and in many ways philosophical view. It is widely accepted that in a neoliberal market environment, supply follows demand. Keeping this in mind, the regional governments should focus on pooling their resources in order to develop the projects which will enhance the demand volumes and flexibility in the region, demoting the supply-focused projects into a lower priority level.

Regulators, in turn, should ensure that the new frameworks that are being introduced do not hinder a healthy market functioning. It is essential for the reliable signals on future market needs to be delivered, which would allow the investments to flow to the appropriate projects.

International market players will be very eager to invest in either pipelines or exploration projects, in the presence of a strong demand-driven market, which is currently not the case in the region.