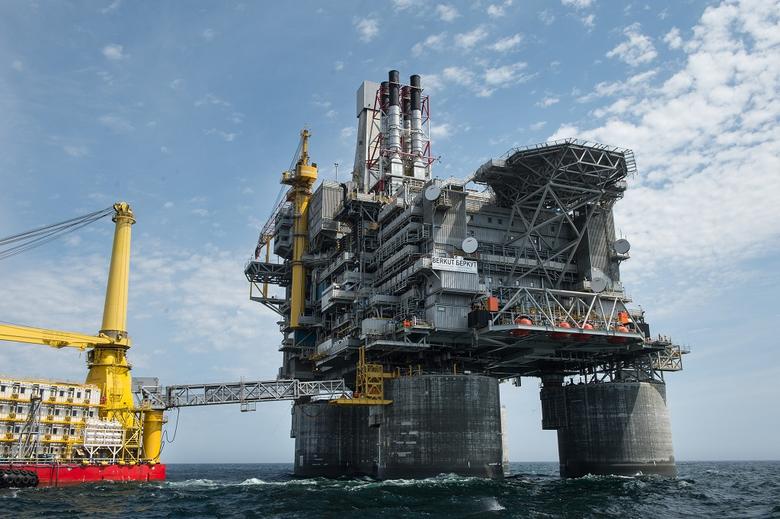 At first glance, the decline in the number of shares outstanding in ExxonMobil might make it look like a company that is slowly winding itself up.

That is not how the group's executives put it, of course. They talk about Exxon's resource base of 92bn barrels of oil and gas, enough to sustain its production for 63 years at present rates.

But the company's focus on cash distributions to shareholders, and the fact that its oil and gas production is lower now than immediately after Exxon bought Mobil back in 1999, certainly look like evidence that it has given up on long-term revenue growth.

Exxon is the world's largest listed energy group, and like all big international oil companies it is facing structural challenges that make it difficult for it to grow. Stability while throwing off a lot of cash may be the best they can do.

Rex Tillerson, now in his tenth year as chief executive, faces a critical strategic question. Does Exxon accept that fate, curbing capital spending and returning cash to investors whenever possible? Or does it attempt to break out by making a large acquisition?

The decline in Exxon's number of shares outstanding has been dramatic. In 1999, the newly merged company had nearly 7bn shares. After repeated buyback programmes, that was down to just 4.18bn by March this year.

The buybacks have been accompanied by growth in the dividend that has been much faster than for the S&P 500 index companies on average. Mr Tillerson told Exxon's annual meeting last month that over the past five years, 46 cents in every dollar made by the business had been returned to investors in buybacks and dividends: almost twice as much as for its closest competitor.

At the meeting, Mr Tillerson highlighted the strength of the company's cash distribution and the growth in the dividend in particular, saying the 5.8 per cent increase in the quarterly payout even at a time of low oil prices demonstrated "confidence in our successful business model".

In the 15 years since Exxon bought Mobil, the company had returned $342bn to investors in dividends and buybacks, he added.

The buybacks work for investors by boosting all their measures per share, including earnings. Between 2007 and 2014, Exxon's total net income fell 20 per cent to $32.5bn, but its earnings per share rose 5 per cent to $7.60.

However, a company's decision that it can find no more cost-effective place to invest than in its own shares tells you something about management's views on its business and its industry.

Operationally, Exxon is still generally acknowledged as the strongest company in the industry.

Its safety practices, fundamentally overhauled after the Exxon Valdez disaster of 1989, are a model that many others have followed. It is also a leader in delivering projects on time: its record for sticking to planned schedules is much better than the industry average.

The saying in the industry, drawing a contrast with BP's traditionally more entrepreneurial, risk-taking culture, is "BP does it first, but Exxon does it best".

However, trends over the past decade have worked to restrict Exxon's growth, making it harder for the company to get access to reserves and develop them at a profit.

One has been the rise of resource nationalism, with many countries that control oil reserves seeking to take a larger slice of the profits from production — from tax rises in the UK to forced takeovers of projects in Venezuela.

Another problem has been increased instability in many oil-rich countries, such as Libya.

US sanctions against Moscow over its intervention in Ukraine have put a block on what had been Exxon's most promising new prospect, its wide-ranging joint venture agreement with Rosneft of Russia.

Meanwhile, the costs of large oil and gas projects have soared in the past decade, in part because western companies, constrained in their options for places to invest, have all piled into the same types of projects, such as liquefied natural gas in northwest Australia.

Last but not least, the large international oil and gas companies have faced competition from North American shale production, which has been led by small and midsized companies. Exxon moved more decisively to respond to that threat than any of its peers, agreeing in December 2009 to pay $41bn including debt for XTO Energy, a leading shale producer, but the fall in natural gas prices since that deal means it now looks overvalued.

Under pressure from these constraints, Exxon's return on capital has fallen. It is still the highest of any large western oil company, but comparing from peak to peak of the oil price cycle, it has dropped from 36 per cent in 2008 to 16 per cent last year.

Those falling returns show why it makes sense for Exxon to be cutting back capital spending, which is falling from $38.5bn last year to $34bn in 2015. That is a relatively low rate of spending compared with other large oil companies: Exxon is intending to spend less than Chevron's planned $35bn, even though its market capitalisation of $356bn is 84 per cent higher.

Michael Hulme, a fund manager at Carmignac, argues that in this "opportunity constrained world", Exxon is right not to be trying to invest more rapidly to generate growth.

"If they tried to grow faster, and ramped up capital spending, then they would drive down efficiency and cut returns on capital even further," he says.

If Exxon does want stronger growth, says Brad Heffern, an analyst at RBC, "There's really only one choice and that is an acquisition."

No shortage of targets

The plunge in oil prices since last summer has made many companies more willing to consider bid approaches, and there is no shortage of possible targets for Exxon.

At a presentation for analysts in March, Mr Tillerson said Exxon's size and financial strength — it has a triple-A credit rating — meant that in a period of low oil prices it could "capture bottom-of-cycle opportunities", including acquisitions.

The problem, Mr Heffern says, is that all the financially weak companies that Exxon might be able to buy at attractive valuations do not have the kind of world-class assets that it wants. Meanwhile, the strong companies that do have those assets are priced at valuations that would make it hard for a deal to work for Exxon.

Robin West of the Center for Strategic and International Studies argues that it would be pointless for Exxon to buy a company that did not have potential for big development projects.

"It needs a good deal that plays to its strengths, which lie in executing large and technically complex capital projects," he says.

Given the difficulty of securing such a deal, there is a good chance that Exxon's future will look a lot like the past five years — little if any production growth, but strong cash generation and more share buybacks.

For investors, that could be a better outcome than another deal like XTO, where the timing or pricing is questionable. As Mr West points out: "The guy that owns the last share of Exxon is going to be the richest person in the world."