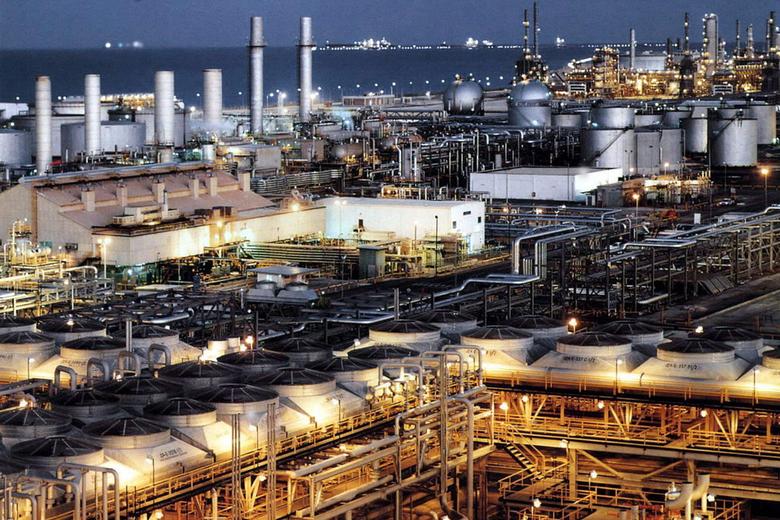 OPEC oil ministers expressed optimism about their strategy of pumping more crude oil and fighting for market share, amid expectations they will stick to their production target when they meet at the end of the week.

"In terms of the global trends of energy outlook, the future looks very positive. The global economy is growing," Saudi Oil Minister Ali al-Naimi told an oil-and-gas seminar hosted by the Organization of the Petroleum Exporting Countries in the Austrian capital.

In a sign of how much things have changed for OPEC, oil ministers from some its most vulnerable nations appeared to come to terms with prices below $100 a barrel, signaling that the group may have put some of its rancor behind it.

OPEC ministers from Saudi Arabia, Qatar, and the United Arab Emirates spoke Wednesday morning at the seminar, along with representatives of industry watchdogs and chief executive officers from energy companies.

That decision shocked the oil market, sending the price of Brent crude, an international benchmark, to below $47 a barrel in January from nearly $115 a barrel last summer. OPEC has generally responded to weak prices by cutting production to limit supplies.

Mr. al-Omair also raised another course of action that had been much discussed in Vienna in recent days—raising its production target to reflect reality. OPEC members, led by Saudi Arabia, have ramped up production to about 31 million barrels a day in a fight for market share among themselves and with producers outside of OPEC.

"The options available in front of OPEC are either keeping the output ceiling unchanged or increasing production," Mr. al-Omair told the state-owned Kuwait News Agency.

OPEC hasn't changed its production target, up or down, since 2011. The target is a highly politicized number that reflects a compromise between OPEC members such as Venezuela that want production cuts to boost prices and those that want a freer hand to keep prices stable.

Barclays and ABN Amro on Wednesday said OPEC may actually increase its production quota on Friday, joining Morgan Stanley, JBC Energy and Petromatrix in that speculation. Other analysts had dismissed the idea because it could lead to fear of an oversupply, sending the market down.

The change in focus from prices to protecting market share reflected a new reality for OPEC, which no longer controls the world oil market as it once did. American shale-oil production has resulted in a flood of new crude that analysts say would replace OPEC barrels if the cartel decided to cut.

Since January, the market has experienced a gradual recovery, with prices floating around $65 a barrel. That is still too low for some OPEC members, such as Venezuela or Algeria, but several OPEC members have touted the higher price as a measure of the success of the strategy.

"We are optimistic about the OPEC meeting and we have seen a very good move on the correction side...the world economy is growing as we predicted," Suhail Mohamed Faraj Al Mazrouei, the United Arab Emirates' oil minister, told reporters in Vienna.

But not all market observers are as sanguine as OPEC. Global production exceeds demand by about 2 million barrels a day, and excess oil is mounting up in storage.

Once a cartel that used its massive production levels to raise and lower the price of oil, OPEC is now part of the free market, Mr. al-Mazrouei said. He added that OPEC was closely watching demand, which several ministers said was rising and would help balance the market in the second half of the year.

"Looking at the current market today there are a number of reasons to feel optimistic...oil demand is improving," Qatar's oil minister Mohammed Saleh al-Sada said on Wednesday.

Poorer OPEC members signaled they could live with lower prices, though they still wanted something higher than the current $64 a barrel.

Iraqi oil minister Adil Abd al-Mahdi said "$75 to $80" a barrel when asked what he saw as the equitable price for producers. His Venezuela counterpart Asdrubal Chavez said he agreed. Until now, Venezuela had advocated a return to $100 a barrel—a level that had prevailed for more than three years before a price crash last year.

Venezuela and Iraq needed prices of more than $100 a barrel to balance their budgets. They had to cut spending in 2015 to adjust to lower prices.