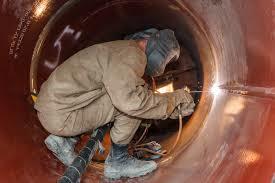 Russia and China clinched a $400-billion gas deal last year to build the Power of Siberia pipeline. Russia will invest $55 billion for the Russian section, including bringing new gas fields on stream.

China's CNPC, Gazprom's partner on the project, said its pipeline company had signed an agreement with CNPC's pipeline project team on building a portion of the Russia-China eastern gas pipeline starting from Heihe on the border and running to Changling in Jilin province.

The report, posted on the company's website last week, said it marked "the start of the execution stage from preparation phase".

It added that the Chinese side of a trunk line would cover nine provinces and cities and would end in Shanghai on the east coast. The whole trunk line will be split into three sub lines, each of which would need regulatory approval.

It gave no further details.

The Power of Siberia pipeline should deliver 38 billion cubic metres of gas per year to China over 30 years, with first deliveries scheduled for 2019.

Gazprom also said that talks on the so-called Western route which would connect operating fields with China were progressing at a good pace. (Reporting by Olesya Astakhova in Moscow and Aizhu Chen in Beijing.