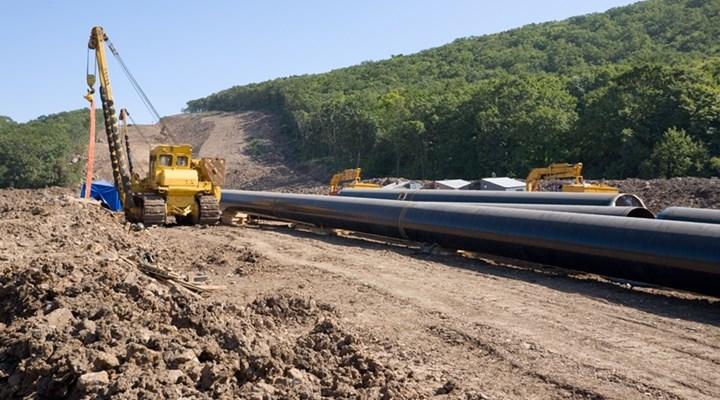 The Greek section of the Turkish Stream pipeline will cost USD 2 billion, Greek Minister of Energy Panagiotis Lafazanis has said.

He told the Rossiya 24 broadcaster that there is "enormous interest" among Greek companies to build and use the gas pipeline.

"We already know that it will be a Greek public company which would be in charge and furthermore, the question of financing is already resolved: the infrastructure costs are estimated at around two billion dollars," said Lafazanis.

According to him, the project's implementation will create about 20,000 new jobs in Greece, which will affect not only the country's economic development, but also that of the whole region, reports TASS.

"This is a very important moment for the Greek economy, which is going through a difficult period. The Greek people will benefit from it all," the minister is convinced.

Greece expected to sign a memorandum on Turkish Stream during the St. Petersburg International Economic Forum, which will be held June 18-20.

"As far as the Economic Forum will try to sign the agreement, a so-called memorandum of political support for the pipeline, between Greece and Russia," added Lafazanis.

The negotiations have so far been unsuccessful, despite a series of visits of delegations and statements about the imminent conclusion of an agreement already in mid-April. On Friday, the Russian company Gazprom announced, after meeting between CEO Alexei Miller and Lafazanis, that it was "ready to explore opportunities related to its participation in the construction of gas pipeline in Greece."

Russia has yet to sign a final agreement with Turkey on the first section of the pipeline to the Turkish territory, hoping that the pipeline will start operation in late 2016.

The Beta news agency is quoting the Russian press as saying that "several European countries through which the pipeline might be extended after Greece seem restrained, fearing the hostility of the European Union, which has already led to the sudden abandonment of the Russian gas pipeline project South Stream, which is now being replaced by South Stream."