RUSSIAN GAS FOR EVERYONE 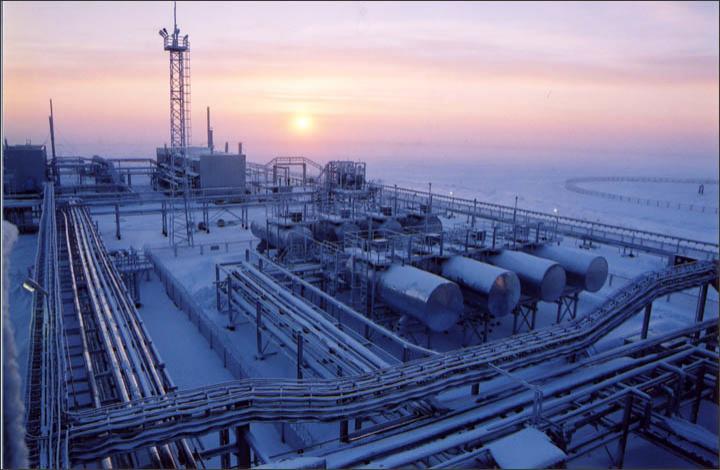 RUSSIAN GAS FOR EVERYONE

In tackling the question of where Russian gas might go in the future, Vladimir Drebentsov, Head of Russia and CIS Economics, BP, contends that it's impossible to understand Russia's position on external markets without looking at Gazprom's own domestic market and how it is evolving.

He says the institutional structure of Gazprom's market has changed for good. "Many people think that Gazprom and Russia's government are the same," he comments. "That used to be the case, but it's not the case anymore."

According to him, the rate of taxation, for example, is higher for Gazprom than for others, and the company's prices are regulated by the government. Finally, and perhaps most importantly, he says, 3rd party access to Gazprom-owned pipelines is what's behind the changes, a change happening since 2013.

Furthermore, Gazprom's production has been declining while all others' are increasing. "That is possible only because the government allowed these companies to access Gazprom-owned pipelines."

More transparency and access to storage, he adds, are not minor issues in the mix, either.

Mr. Drebentsov points out that Gazprom has been losing a lot on the domestic market and will continue losing because Russia's market accounted for about half of sales in 2014. He offers, "I think we will see Gazprom accounting for like 25-30% of Russia's domestic market in the foreseeable future. Which means, for Gazprom as a company, that its main hope is not at home, it's abroad."

This means the company needs to locate new markets, he says.

He shows that Gazprom's gas production will increasingly outpace consumption headed towards 2035. "Gazprom says it will account for 32% in Europe; 33% in the former Soviet Union; 13% in Asia; and 14% of global LNG trade," he reports, saying this is "doable."

As to whether South Stream is truly cancelled, Mr. Drebentsov says "yes and no." He comments, "Russia's strategy changes quite fast, so at the moment it looks like at least some strings of Turkish Stream will be built."

One thing is for sure, he says, Russia needs to sell these volumes in Europe, because it cannot likely sell them anywhere else. Because of this, he contends, Gazprom has changed its pricing policy: "It is likely to be much more flexible than we're used to."

In 2013, he reports, Gazprom was selling gas in Germany at prices that were competitive; it also sells a lot of gas on hubs. "In 2013, it sold, at least at minimum, 12 bcm in European hubs and hence at spot prices.; last year, it sold 10 bcm."

In BP's Outlook 2035, he reports, Russia is still likely to be Europe's biggest supplier of gas. "Volume-wise, no one will be able to compete with Russia in Europe, at least for the next two decades," he explains.

More LNG will be seen, but pipeline gas to Europe will dominate. While the Gazprom share of that will go down, it will retain its importance.

He notes that China has been able to buy cheaper volumes from Central Asia (Turkmenistan and Uzbekistan) than the price at which Gazprom would like to sell the gas. Central Asian exports to China are likely to grow to 85 bcm/a by 2020, according to Mr. Drebentsov's presentation.

He says that some in Russia believe that Chinese demand for Russian gas will reach the stars, because it may absorb all of the gas supplied to it, even to the tune of 73 bcm/a, but not in BP's estimation. "We, so far, don't see that. If Russia were to sell over 70 bcm of gas to China, I think the price would be much cheaper than what has been discussed so far between the two sides," he comments.

While Europe will depend upon Russian gas for around 33% of its consumption; Russia will depend on Europe for around 25% of its production, accounting for about 60% of Russian flows abroad.

She comments, "If we are talking about diversification of exports, first of all to Asia, the Power of Siberia pipeline project construction has started, but it will take 5 years before it will come onstream in the most optimistic scenario, which means that for the next 5 years we are not expecting any serious increase in Russian gas export supplies."

On the Russian domestic market, she reports stagnation in demand, which is understandable because of a weak economy, industrial output contraction and negatve GDP growth, and all the problems the Russian economy is facing. "It's not strange," she quips.

In the long-term perspective, Ms. Mitrova says that there are no drivers in the next 5 years visible that would bring domestic gas demand up; this lack of development for the next few years, she explains, also applies to pipelines, and power generation, as demand is down.

"All in all we cannot expect any significant gas demand growth domestically, though I wouldn't say that there could be any sharp decline in domestic gas consumption, because gas is still the cheapest fuel and the fuel of last choice."

That means, that only a tiny increase in gas demand can be expected in the future. On the supply side, however, she says we are entering the "era of over production." She explains, "After years of complaining that Russia is not investing enough in the upstream, that there's not enough gas in the old production fields which are depleting, now we've gone into the next phase of the cycle."

Ms. Mitrova lists the Bovanenkovo gas field, which has been commissioned and which could provide up to 70-80 bcm/annum of gas production. "All the infrastructure is already created," she says, "so there is no need in the future for additional investments."

Meanwhile, she says Novatek will be able to provide an additional 60 bcm/annum by 2020; Rosneft plans to increase its production by 40 bcm by 2020; and associated gas production will be produced by vertically integrated oil companies. Of the latter, she says, "It's at least 15 bcm, or even more."

All of this additional gas production in Russia, she says, is sinking the markets, while export markets are limited.

"All this gas bubble is competing for sales in the domestic market, and the pressure is really intensifying," she observes.

Developments by independents Rosneft and Novatek, according to her, have led to the growth of competition for Gazprom. "These non Gazprom producers are already delivering 30% of total Russian gas production for 2013; for 2014, they are providing nearly 50% of domestic gas supplies," she says, explaining that the market varies a lot from Gazprom's previous dominant position, even if the company retains exclusive rights to the domestic market.

The process of independents gaining market share, she recalls, began in 2009, and now those companies are cornering regional markets by providing huge price discounts, sometimes 5-10% of the regulated price, while Gazprom is obliged to sell gas at the regulated price.

Another result from this competition, she says, is a freeze in gas prices, following year-on-year growth for many years. "Actually, in dollar terms, domestic prices have actually halved," she explains, "which means that the domestic market is becoming less attractive, while exports are more and more interesting for independents."

Rosneft and Novatek, she says, succeeded in lobbying to liberalize LNG exports; following that, Rosneft argued it needs access to the Power of Siberia to export pipeline gas to China.

According to Ms. Mitrova, there are numerous conflicts and imbalances on Russia's domestic market, regarding independents' access to pipelines, storage, etc., while Gazprom faces supplying socially sensitive groups, pays higher taxes and sells at regulated prices, also having to make huge investments.

Domestically, she reports that there is discussion of major gas market reform, and a document on this is under preparation. "But, more importantly, the current framework of the Russian gas market is designed in such a way that the major stakeholder is the state, which has a long list of requirements for the criteria of acceptability of the market model."

Options for market liberalization, she says, in light of domestic security of supply to consumers, look unattractive and risky. "Either you increase efficiency via complete gas industry nationalization, or by creation of competition in the upstream while having a national, state-owned transportation system, supply and export company – nationalizing the midstream; or, alternatively, if you are speaking of any version of unbundling, either as it happened in the oil industry, then you face the situation of supply security.

"The first priority of the state is to obtain security of supply to the domestic consumers, including socially sensitive groups and regions," continues Ms. Mitrova, who asks "Who is going, under liberalized markets, to supply Chechnya, for example?"

This means Russia's gas market will stay with the status quo and make minor adjustments, like more transparency regarding transportation tariff regulation.

Future natural gas production, she concludes, is demand constrained, while the role of independents is likely to be tempered after 2020.

UZBEKISTAN'S URANIUM RISE
The new agreement lays the foundations of an "exclusive strategic alliance for the development of new uranium mines in Uzbekistan, beyond the Djengeldi project" and is a "significant broadening of the scope of the collaboration", Orano said.
English
All Publications »
Обратная связь: