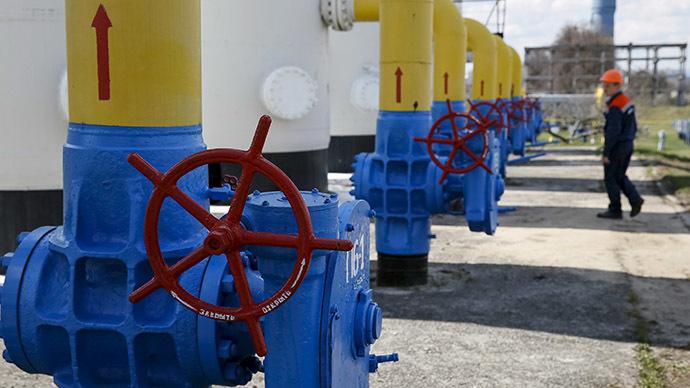 Gazprom's average price in Europe may drop to as little as $187 per 1,000 cubic meters next year, the Russian Economy Ministry said Thursday. That would be the lowest level since 2004 and 23% less than Gazprom's 2015 forecast of $242.

Supply volumes in the meantime should increase, according to the state-run exporter. Gazprom predicts its market share in the European Union would be rising over the next 15 years, CEO Alexey Miller said Thursday.

Gazprom, which derived $68 billion in revenue from natural-gas supplies outside Russia last year, had its smallest export volumes in 11 years and cut output to a record low as Europe and Ukraine sought to diversify deliveries.

This year, the company has been hurt by falling prices as it sells most of the fuel under long-term contracts usually linked to crude with a time lag of six to nine months.

Russia's gas price in Europe probably won't recover soon and might only return to the level estimated for this year in 2018, according to the ministry's forecast.

"There's a possibility of a sharper decline in the gas price influenced by the growth in supply and stiffer competition among suppliers," the ministry said in a statement on its website. The forecast is more conservative than estimates by other bodies globally, it said.

While Russia would keep its European gas market share at about 30% for at least the next five years, fuel demand in the region may decline through 2035, which would put pressure on prices, Marie-Claire Aoun, director of the Center for Energy at the French Institute for International Relations, said Wednesday in Moscow.

The prices could be affected by inflows of cheap liquefied natural gas (LNG) into Europe, "which is probably partly why the price range forecast of the ministry is so bearish," Mammadov said.

LNG supplies to Europe won't cut Gazprom sales as the region would need more imported fuel because of a drop in domestic production, according to Miller. "It's not just a matter of prices," he said at a conference in Belgrade, Serbia. "It's a matter of the competitiveness of Russian gas."

Russian President Vladimir Putin is trying boost oil and gas supplies to China amid the political standoff with the European Union and the US over the conflict in Ukraine. Two gas contracts with the world's biggest energy importer -- one signed in 2014 and another set for clinching this year -- would make China Gazprom's largest client.

Even with a pivot to Asia, Russia will only experience the impact of those deliveries in a decade, Tatiana Mitrova, head of the oil and gas department at the Energy Research Institute for the state-run Russian Academy of Sciences, said at the same Moscow conference. Now "Russia is doomed to live with the European market," she said.