THE NEXT GAS PIPELINE 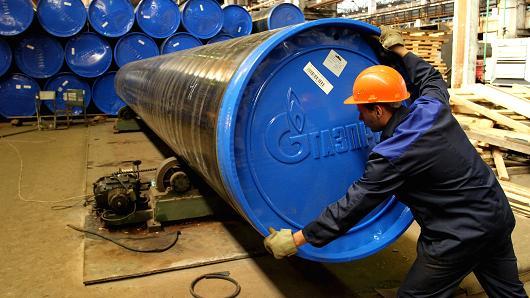 THE NEXT GAS PIPELINE

Athens is concerned that it may be excluded from the Gazprom-backed construction of the Turkish Stream gas pipeline as Slovakia has proposed an alternative route for Russian gas to Europe.

The plan's construction will commence at the end of June, a Gazprom official announced, and diplomatic circles in Athens are allegedly worried that Greece may not be a partner in the project after all.

Slovakia's proposal was met with the approval of Hungary, which has recently signed a declaration of intent stating that the pipeline would pass through Greece. The same declaration was signed by Serbia, Turkey and FYROM.

However, Moscow needs the approval of the European Commission on the exact route of the pipeline. Construction company Saipem will commence construction on the first four sections at the end of the month. Also, the Turkish Stream has been renamed TurkStream.

The Greek government through Productive Reconstruction, Environment and Energy Minister Panagiotis Lafazanis has been trying to be part of the TurkStream pipeline but it has not succeeded so far. In April, the Russian government denied allegations that it is about to sign the specific deal with Greece.