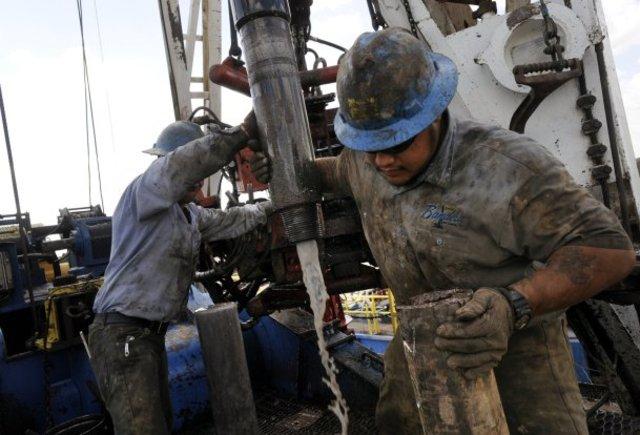 Although the rate of growth in light sweet crude slows from its pace between 2011 and 2014, in the Reference case, 56% of EIA's projected production growth between 2014 and 2020 consists of sweet grades with an API gravity of 40 or above (Figure 1). Another 33% of the growth is attributable to an increase in Lower 48 offshore production, which is categorized as medium sour with an API gravity between 27 and 35. Total U.S. oil production is projected to increase 23% between 2014 and 2020. After 2020, tight oil production declines, as drilling moves into less-productive areas. 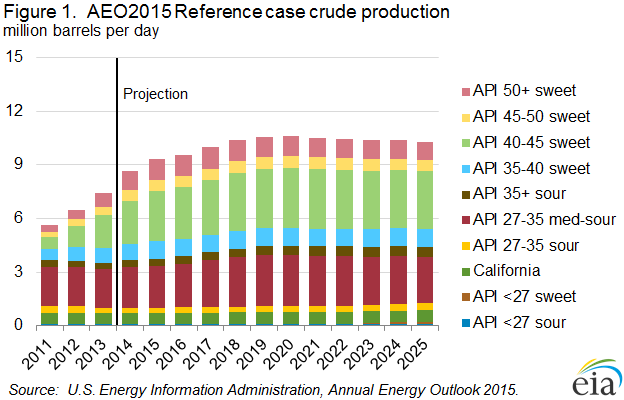 Other responses to the increased production of light oil over the past several years have included additional crude exports to Canada and increased refinery runs based on the recent cost advantage of U.S. refiners compared with global competitors. For example:

The dwindling amount of light crude imports available to be backed out through further like-for-like substitution, and the limits to increased utilization of existing refinery capacity, could cause absorption of additional increases in domestic production to rely heavily on some combination of the following:

All of these options have implications for the value of existing refineries and specific refinery units, the mix of products produced by the refining sector, and the market value of each type of crude input and refinery product output. A change in crude production levels, which could be a further market adjustment mechanism, would come into play in the event that the market value of a particular stream reaches a level where production is not economic. Updated estimates of regional production by crude type will be valuable as new plays start commercial development, potentially changing the distribution of production by crude types in the regions where those plays are located.