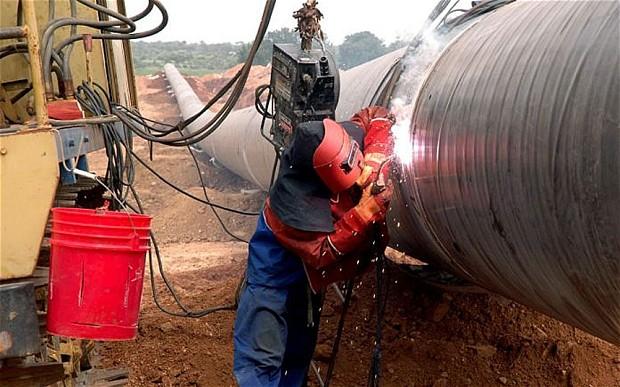 Construction has begun on the Chinese section of the Russia-China Gas Pipeline, according to China National Petroleum Corp.

The June 29 commencement ceremony took place at the construction site in Heihe, Heilongjiang province, and by video link to Beijing and Moscow. The Chinese section will extend from Heihe to Shanghai.

CNPC and OAO Gazprom signed a 30-year gas purchase and sales contract for the eastern route pipeline in May 2014.

Construction of the Russian section, known as Power of Siberia, began in September.

Gazprom will start transporting gas to China via the eastern route in 2018. Gas delivery will gradually increase to 38 billion cu m/year.

CNPC and Gazprom also have signed a heads of agreement for gas supply via a western route from Western Siberia to China.