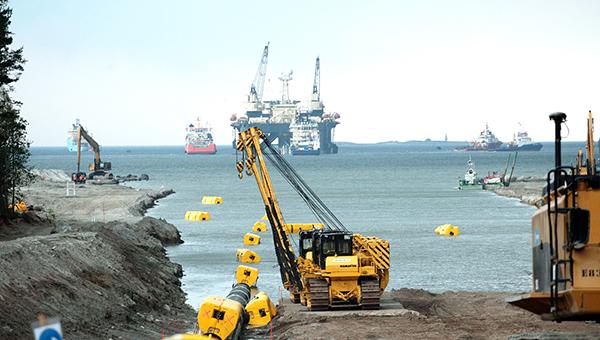 There is room for cooperation between Turkey and the European Union, but opportunities might easily fade away in the event of a sustained low-trust environment, where a weak engagement strategy and slow decision processes might reduce the scope for the Southern Gas Corridor (SGC). In other words, if Ankara was treated as the less-fortunate son, Brussels would not simply lose a partner, but would also endanger its energy security.

This was one of the views from a conference organised by Bruegel on Thursday, where the difference in mentality between knee-jerk reactions made-in-Turkey and European decisions based on platforms and roundtables was clearly underlined. Against this backdrop, European energy diplomacy is called to embark on a hard mission to mend ties with Ankara, while safeguarding its interests.

HOW TO COOPERATE WITH TURKEY?

"The EU and Turkey should cooperate to lay the foundations for the expansion of the Southern Gas Corridor" Simone Tagliapietra, Visiting Fellow, Bruegel, said during the conference, reiterating the position stated in a report he wrote with Georg Zachman.

According to the analysis, the EU should support new cooperation with Turkey and each potential supplier in the region (Azerbaijan, Turkmenistan, Iran, Kurdistan Region of Iraq).

'This would allow the two players to fully make use of their complementary political leverages in the region to overcome barriers to regional gas trade' the two authors wrote in their work, adding that Brussels should get closer to Ankara, by launching a dedicated financing mechanism with Turkey to facilitate gas infrastructure investments. According to Tagliapietra and Zachman, the primary focus should be on upgrading the Turkish gas grid.

In this sense, this nexus of Turkish-European ties, where political divergences coexist with potential convergences in the energy field despite the recent nuclear deal between Moscow and Teheran, shows that the future of the Southern Gas Corridor depends on the ability of Brussels to strike the right balance, and avoid repeating old mistakes.

The point here is that the trust between Turkey and the European Union eroded as a consequence of Nabucco's failure.

The two researchers said that all the gas producing countries in the region are potential game changers, but difficulties remain. While the TANAP-TAP project is considered a win-win case of collaboration with Azerbaijan, cooperation with other countries might be harder. Turkmenistan's geopolitical situation - characterised by Russian and Iranian interests - makes the riches of the Central Asian country more likely to flow to China; international sanctions and the country's legal framework in relation to petroleum are the main hurdles slowing down progresses on Iran's 34 tcm of natural gas reserves (the largest in the world according to BP); tensions between Erbil and Baghdad, along with complexities stemming from ISIS's presence in the region, could impede a full development of the natural gas resources in the Kurdistan Region of Iraq (estimated range of 3-6 tcm).

According to the researchers, a way for Europe to overcome the difficulties with these countries would be to work with Turkey.

'The four taskforces (EU-Turkey-Azerbaijan; EU- Turkey-Turkmenistan; EU-Turkey-Iran; EU-Turkey- Kurdistan) should be the key pillars of a new EU-Turkey strategic energy partnership. These taskforces might be implemented within the common framework of the EU-Turkey Strategic High Level Energy Dialogue that was started in March 2015 by Commission Vice-President for Energy Union Maros Šefcovic and Turkish Minister for Energy and Natural Resources Taner Yildiz' they wrote.

"This initiative by its own would not lead anywhere. It should be part of the larger EU-Turkey relations" Mehmet Öğütçü, chairman of Global Resources Partnership, said on Thursday.

He basically explained that Europe's carrot-and-stick approach will be a failure if sticks are many, and carrots are few and not enticing enough.

"Unless you don't bring more carrots to the table, sticks will not work" he explained, adding that Ankara knows perfectly what it wants.

He argued that Turkey would hardly accept preconditions that do not fit its needs, especially in a moment in which global developments are increasing in pace. Öğütçü mainly referred to China's One belt-One road, and US' shale gas.

"Here we are speaking about initiatives, but if you look East, they are doing it" he said, triggering a thunderous laughter among the public.

According to the chairman of Global Resources Partnership, the failure of Nabucco had to do with European inability to bring together key stakeholders, preferring a more centralised slow approach that did not pay off.

"Unfortunately I don't have high hopes about European Union's ability to be flexible and fast in its reactions... It might easily lose opportunities" he added, before speaking about Turkey.

Ankara will allegedly find itself in a preferential position, as it will capitalise on the energy glut that will emerge from 2018, where producers will increase competition, giving buyers more bargaining powers.

The next step for Turkey will then be to build up soft powers, refraining from flexing muscles. In other words, Ankara should remain assertive, but should not threaten to use force. In his view, this process will lead Turkey to become a major energy hub.

SOME AWARENESS ON THE EUROPEAN SIDE?

"We are looking for a new interlocutor, possibly with a renewed impetus" Patrick Paquet, acting Head of Turkey Unit at the DG NEAR, said in relation to the Turkish elections and the coming government.

Apparently, European institutions agree with Ankara on the need of a more equal relation.

"One of our main tasks is to build or rebuild trust between Europe and Turkey... We want to restore this trust. The main ingredient is to put the discussion on the same level, between partners" he explained.

Despite Italian, British, and Spanish support, Brussels and Ankara know perfectly well that Turkey's EU membership is further down the road. Energy could be the right ground to test stronger cooperation, but this should come with a stronger commitment on the European side. EU's vagueness about opening the Energy Chapter for Turkey is and will remain an important indication of Brussels' reactivity.

European institutions and European countries have also to keep in mind that Turkey remains reluctant to enter the EU Energy Community, as it would decrease its leeway on its energy policies. European laws can suit some other neighbours, but Turkey is a completely different case. Its importance for Europe, in the energy sector or in relation to migration issues, should not be underestimated.

Öğütçü is probably right when he says that Brussels is too slow. China keeps rising and it could become the first economy in the world in less than a decade, also capitalising on its One belt-One road project. If Europe wants to maintain its "centrality", slow decision-making processes would not maintain the status-quo, but endanger Europe's future. Cooperation is indeed important, but timing even more so. In the end, also the defunct Roman sophisticated civilisation perfectly knew that "carpe diem" is not just a saying.