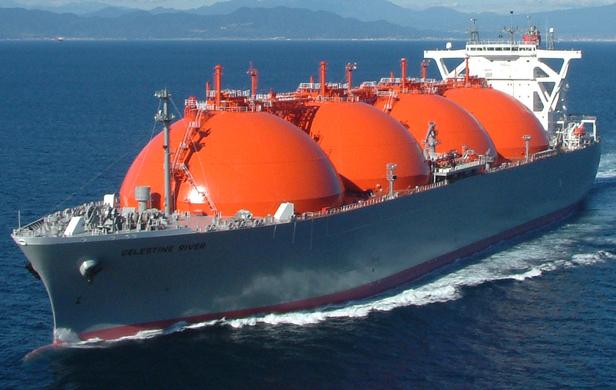 The global liquefied natural gas (LNG) market has seen massive growth in recent years, despite a slowdown of imports in the United States and Europe.

"As the market grows, more and more LNG cargoes are crossing the oceans and connecting continent to continent," Takuro Yamamoto says.

Speaking at the GIE Conference in Europe recently, Mr. Yamamoto, an LNG Analyst for the International Energy Agency (IEA), said that this market growth is propelled by new demand in many regions.

"In 15 years, the number of countries utilising LNG has tripled. This year alone, Pakistan and Egypt have already joined as a member of new LNG-importing countries. More countries are expected to start importing LNG in the near future."

LNG is an attractive prospect for those looking to diversity of supply, he said, as contracts for LNG offer more flexibility than traditional contracts, which are often take-or-pay and may be destination-restricted.

With this growing market place, there are more opportunities and more competition than ever before.

"Global LNG trade increased by 70% in past decade, with many countries and regions becoming LNG importer," he stated.

That growth is largely fuelled by countries that have only very recently begun importing gas, particularly countries in Asia. Mr. Yamamoto pointed to the case of China, which, despite only starting to import LNG in 2006, is today the fourth-largest LNG importer in the world.

There are three major elements that are impacting that growth, he said. The largest by far took place in the United States, which now looks to be a major exporter of LNG rather than the importer it once was.

"Shale was the biggest event to happen in the past decade. As shale gas production increases every year, LNG import levels have dropped drastically in the United States. In 2014, they imported only 1.6 bcm compared to 200 bcm of their total import capacity. Now, it's expected to become an LNG exporter by the end of this year at the earliest."

Europe, too, shared a downward trend with the U.S.—but without the same shale gas revolution. This drop in imports from Europe is the second largest impact on the LNG market, he said with LNG imports in Europe dropping five years in a row, half last year of what they were at the continent's peak in 2010.

Despite that, new supplies coming from Australia and the United States, along with weaker Asian demand, will increase the probability of more LNG coming to Europe in the next five years."

"In Europe, security of supply is achieved through supply diversity and LNG will continuously play an important role," Mr. Yamamoto explained.

The third-largest event to happen to LNG is the Fukishima nuclear meltdown four years ago.

"That's led Japan to be the largest LNG importer in the world, accounting for roughly 40% of global LNG trade," he said. "Nuclear power has gradually disappeared in Japan after 2011. That loss has been basically covered by LNG—Japan increased LNG import volumes by 25% in just two years."

That growth is not constant however. Though the whole of Asia has seen massive growth in LNG in the past decade—that continent now accounts for about 75% of the world's total LNG demand—there's been a slowdown there too since last year.

"The growth rate of LNG is slowing down in Asia every year and last year almost stabilised," Mr. Yamamoto says.

Slowdowns aside, the future is bright for liquefied natural gas globally."Currently there are 17 new projects under construction globally with a total export capacity of 175 bcm. Australia and the United States account for 80% for incremental capacity by 2020."

That increase in incremental capacity will see Australia become the largest LNG exporter by 2020, and the United States overtaking Indonesia to become the third-largest by that year.