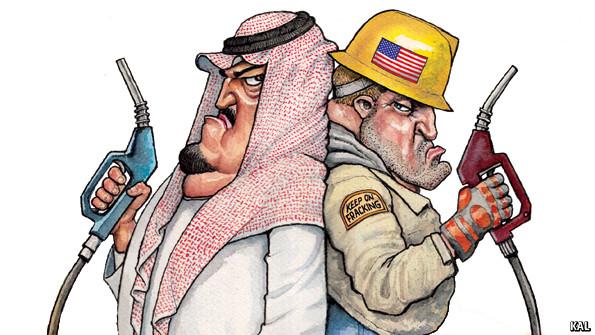 Shale output in the United States will prove resilient to low oil prices likely to be prolonged by the prospect of half a million barrels per day of Iranian crude making its way back to the market, BP's chief economist said on Tuesday.

Talks in Vienna between world powers trying to end sanctions on Tehran in return for limits on Iran's most sensitive nuclear activities could bring a significant increase in Iranian oil exports.

BP's Spencer Dale, however, told Reuters that it would probably take time for any easing of sanctions to filter through to oil markets if an Iran deal is agreed.

His "hunch" was that the outcome of the talks would be closer to U.S. demands that restrictions should be eased after a period of monitoring rather than the rapid change sought by Iran.

Of the 1 million barrels per day (bpd) of Iranian supplies that left the market since sanctions were imposed, Dale said the consensus view is that about half of that could be brought back over three to four months.

"It is taking a while for the market to work through OPEC's additional supply and the possibility of Iran (supplies) prolongs the process of adjustment," the former Bank of England chief economist said.

With Brent crude trading around only $62 a barrel, the U.S. rig count has fallen by roughly 60 percent from a peak last October, Dale said, but that does not mean that U.S. shale would not retain a role as the most flexible form of supply.

"At this level of oil prices, we don't see that rig count coming back to these levels, but people should not conclude that U.S. shale oil has been killed off," he said.

The trigger price for any cut-off in more expensive unconventional oil is "a moving target", given the amount of hedging and the rapid increases in productivity and cost reductions being achieved, Dale said.

Dale said that neither $100-plus highs that followed the Arab Spring nor current levels around $60 -- reflecting output decisions by the Organization of the Petroleum Exporting Countries -- are "the natural resting place" for the oil market.