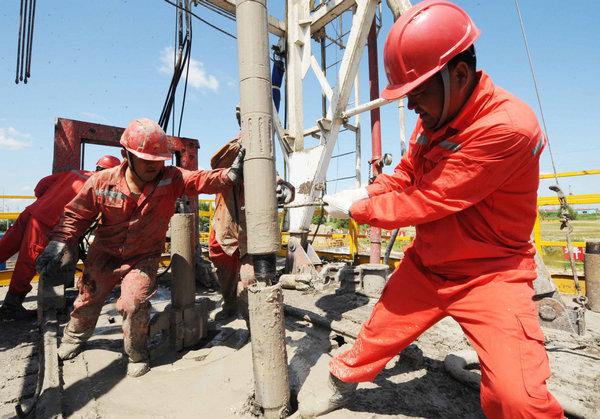 The country's first oil and gas exchange started trial operations on July 1, a move one expert said would promote market-oriented pricing of gas.

The National Development and Reform Commission, the country's top economic planner, and the National Energy Administration will supervise the exchange.

The exchange is a unified, market-oriented pricing mechanism based on supply and demand, said Tong Xiaoguang, an advisor to China National Oil and Gas Exploration and Development Corp., a subsidiary of CNPC.

The government has controlled the pricing of 60 percent of the natural gas sold in the country since it started market-oriented reforms in the southern province of Guangdong and southwestern region of Guangxi in 2011, said Wang Baowei, the NDRC's deputy secretary-general.

Market-oriented pricing is used only for resources such as offshore natural gas, LNG, coal-bed gas, shale gas and gas from coal, Wang said.

The government will continue to reform its pricing mechanisms, Wang said. The Big Three are still the country's major suppliers, and other suppliers of imported LNG, coal-bed gas and coal-to-gas fuel are still too small to influence prices, a situation that will hinder progress, he said.

The government started pricing domestically produced gas on the basis of oil and LNG prices in 2013.