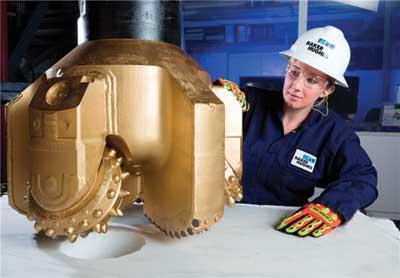 Martin Craighead, Baker Hughes Chairman and Chief Executive Officer, commented, "Revenue of $4 billion for the second quarter declined 33% year-over-year, outperforming the 36% drop in the global rig count, despite incremental headwinds from deteriorating pricing and unfavorable currency changes. Even though the severity of the revenue decline has compressed our margins, we have minimized the impact by aggressively reducing costs and rightsizing our operational footprint. These actions have resulted in decremental margins of 35% compared to the prior year, a significant improvement from the prior industry downturn. Furthermore, earnings for the quarter were impacted by an unfavorable tax rate which resulted primarily from a change in the geographic mix of earnings.

"Our focus on revenue growth in markets we expect to be more resilient in this lower commodity environment has led to significant drilling and production chemical wins in Norway, Saudi Arabia, West Africa, and the Gulf of Mexico. With our efforts on cost reductions and targeted growth, we are well positioned to manage through these difficult conditions while generating positive cash flow, reducing working capital, and improving profitability.

"Looking ahead to the second half of 2015, we expect these unfavorable market dynamics to persist. In North America, we don't anticipate activity to increase while commodity prices remain depressed as the seasonal activity rebound in Canada will likely be offset by a decline in the U.S. Internationally, rig counts are projected to continue to decline led by many onshore and shallow water markets.

"While near-term market conditions remain challenging, the world's need for energy will continue to rise and the ability to meet demand will require more complex solutions and advanced technology from oilfield service companies. As such, our strategy of delivering innovative technologies that enable our customers to lower the cost of well construction, optimize well production, and increase ultimate recovery will continue to be an essential differentiator.

"Finally, in regard to the pending merger, I continue to be pleased with the efforts of the teams working on completing regulatory filings and to develop plans for a successful integration."

Revenue for the current quarter was $4 billion, down 33% compared to the second quarter of 2014.

On a GAAP basis, net loss attributable to Baker Hughes for the second quarter was $188 million or $0.43 per diluted share.

The effective tax rate on net loss for the current quarter was 3.7%, compared to 37.2% on net income for the second quarter of 2014. The decrease is driven by an unfavorable change in the geographic mix of earnings and the loss of certain tax benefits.