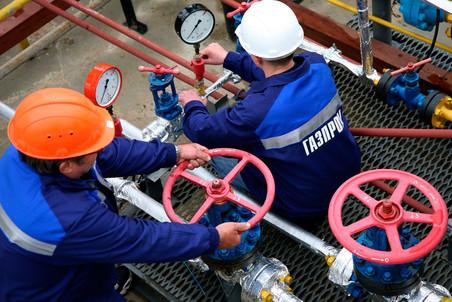 Last week the Deputy Chairman of Gazprom Alexander Medvedev met with the EU Competition Commissioner Margrethe Vestager for the first time to discuss the antitrust case launched against the company. Following this meeting Mr Medvedev made it clear that he hoped that the case could be 'amicably settled'. There are indeed compelling reasons for Gazprom to do a deal. First market developments are rendering Gazprom's existing business model irrelevant and it is that business model which is being substantially challenged in the antitrust case. Secondly, the consequences of an actual published EU competition decision against the company would be devastating in terms of reputation and scale of liability. Both these factors provide compelling incentives for Gazprom to file draft Commitments to the Commission to provide a basis for a deal.

At first sight it looks like doing any such a deal would be very difficult to do. The Commission's Directorate-General for Competition launched raids on Gazprom offices across the EU, and those of its corporate allies in September 2011. In September 2012 it formally opened an investigation into Gazprom focussing on attempts to foreclose markets, denial of access to competitors to competing pipelines and excessive pricing. Negotiations were commenced with the Commission from December 2013 to June 2014. These negotiations did not result in an offer of commitments from Gazprom to settle the case. After Commissioner Vestager took over in November 2014 she reviewed the case and filed antitrust charges against Gazprom in a document known as the 'statement of objections' in April 2015. Gazprom now has until mid-September to file a defensive reply to the statement of objections.

As if to make the situation worse aside from the issues under dispute in the antitrust case, Gazprom has been seeking to stop the reverse flow of gas to Ukraine from the European Union. In particular, it has sort to block reverse flows of gas on the Brotherhood pipeline from Slovakia through to Ukraine. This attempts to stop reverse gas flows at the very least conflicts with the spirit of a operating in a single gas market, and arguably appears to be a breach of both EU energy liberalisation and antitrust rules.

To make matters even worse, the antitrust dispute has been overlaid with the Ukrainian-Russian conflict. Former Competition Commissioner Almunia in fact suspended the antitrust case in June 2014 over concerns that the case could inflame the situation. The major concern since Commissioner Vestager reviewed the case and filed the statement of objections with Gazprom is that the radicalisation of the Russian state since the beginning of the Ukraine crisis will make it impossible for a deal to be secured. Gazprom which is majority owned by the Russian state, and required by law to obtain Kremlin consent for any settlement, will find it impossible to obtain such consent.

Despite the darkening clouds of conflict and war and the dispute over the antitrust case itself there is a compelling case to now settle.

First, the European market in which Gazprom has operated for the past 20 years is being transformed. Gazprom used to have comfortable long term supply arrangements with numerous vertically integrated dominant domestic incumbents. The long term supply contracts were usually for all or most of the incumbents import needs, with significant take or pay clauses, destination clauses and with prices set round the oil price. Now already in North Western Europe we have an increasingly open deep and liquid gas market with gas to gas competition traded on open hubs. As a result of the 2009 Ukraine-Russian gas crisis, when gas supplies to Europe were cut for two weeks, and the more recent concerns over supply security due to the Ukraine conflict the EU and the Member States are seeking to expand the North West European gas model to the whole of the European Union. The three underpinning factors which make the North West European model work, full application of the third energy package; physical interconnection between national markets and new sources of supply is being extended to the rest of the Union via the 'Energy Union' programme.

A further compelling factor is the increasing irrelevance of oil price indexation, something Gazprom has defended tooth and nail so far. However, the fall of oil prices from $112 a barrel in June 2014 to approximately $53 a barrel in July 2015 suggests high oil prices are in trouble. This is compounded by falling Chinese demand, continuing shale oil production in the United States, combined with the prospect of increasing flows of Iraqi and Iranian oil onto global markets. These factors are likely to keep prices from rising any time soon. Worse still there is a flood of LNG entering global markets from Australia, Papua New Guinea, and shortly from the United States, where approximately 60bcm of capacity is being developed (more than half of what Gazprom is likely to sell into EU markets in 2015). Europe is likely to face, whatever Gazprom does, lower prices and much greater gas liquidity from more diverse sources than ever before.

Clearly Gazprom as a potentially low cost producer, with vast gas reserves and being proximate to the European market, could benefit significantly from access to an open, deep liquid single European gas market. However, what Gazprom will not be able to do in future is to undertake the traditional practices alleged to have been undertaken by the Commission in the antitrust case, including, excessive pricing; attempts to operate differential territorial pricing schemes or attempts to foreclose markets.

Secondly, if no settlement is reached with the Commission, Gazprom faces being handed down a public prohibition decision. Media commentators focus on the prospect of a fine of up to 10% of worldwide turnover which would put a fine at between $12 to $15 billion. Any fine would be much smaller, around $500-$1500 million. It is not however the fine that is really the problem for Gazprom. There are in fact three very serious problems with a prohibition decision for Gazprom. First, is the reputational disaster from a public prohibition decision, which may well make the company far more politically allergic than it already is. This reputational issue has so far been underestimated in any analysis of the case and could result in an even more rapid reduction in demand for Russian gas than hitherto. Second, any public prohibition decision could provide the basis for bringing civil damages claims in national EU courts against Gazprom by energy companies and energy intensive users and possibly class actions by consumers and small businesses all of whom would allege illegal overcharging on antitrust grounds. Given that the claims would in most countries date back to at least 2004 the scale of liability could be immense. The third issue relates not to Central and Eastern European, and Baltic markets where the Commission is investigating, but Western Europe. Gazprom still has a number of major long term supply contracts with clients in Western Europe. Each of those contracts has price review clauses which will be triggered when a significant market event occurs affecting price. A prohibition decision which affected pricing in Central and Eastern Europe would particularly because of an increasingly integrated European market also affect Western Europe, triggering a further round of (inevitably downward) price reviews.

Gazprom cannot go back to the traditional closed national markets and national incumbents of old it did business with. They are slowly but surely being replaced with an integrated single European gas market. It would be much better for Gazprom to recognise the increasingly integrated market realities of the European gas market and practical legal realities of the antitrust case and do a deal.

GAS: FROM RUSSIA WITH LOVE

RUSSIA VS US: BATTLE