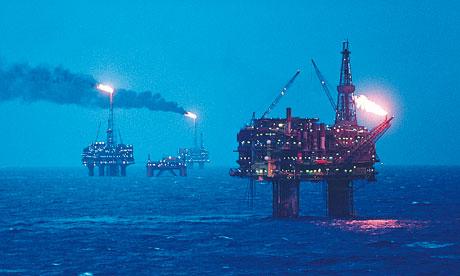 Oil and gas production from the North Sea is expected to increase for the first time in 15 years despite a global slump in the price of crude and hundreds of job losses in the industry.

Offshore watchdog Oil and Gas UK has said that output from the UK Continental Shelf (UKCS) over the first six months of this year could be 2.5pc higher than the same period last year. On these estimates, the body believes that the North Sea could increase production this year for the first time since 2000.

While production has climbed, oil and gas operators in the North Sea and Aberdeen have slashed jobs and cut costs aggressively since last November, when the Organisation of the Petroleum Exporting Countries triggered a collapse in the price of oil. Brent crude - a global benchmark for oil - is now trading at just over 50pc down on 2014 at $50 per barrel.

"Clearly the oil price – which has more than halved since this time last year – continues to really challenge the industry. However, [the production increase] can indeed be attributed to the effort and investment industry has put into improving the integrity and performance of UKCS assets," said Deirdre Michie, chief executive, Oil & Gas UK, in a statement.

The longevity of oil supplies in the North Sea was a key battleground of the Scottish independence referendum last year, with former Scottish National Party leader Alex Salmond claiming that the region could produce enough crude to sustain an independent Scotland.

In March, the Chancellor George Osborne offered some relief to oil and gas operators in the North Sea by cutting taxes on the region. Tax rates on production from older oil and gas fields were cut from 80pc to 75pc, falling to 67.5pc from next year. For newer fields, effective rates were trimmed from 60pc to 50pc.

Combined with other incentives, the Treasury claimed that these measures would lead to more than £4bn of new investment and the production of a further 120 million barrels of oil over the next five years.

However, despite these incentives, the high cost of operating offshore - estimated to be in the region of $80 per barrel in some older fields - means that the North Sea remains vulnerable to price volatility.

BP's chief executive Bob Dudley has warned repeatedly that the region will have to adjust to the new economics of lower prices.

There has also been a worrying drop off in exploration activity for new resources in the North Sea. Around16 billion barrels of recoverable oil is still thought to exist offshore of Aberdeen and west of the Shetland Islands. But exploratory drilling in the region fell to just 12 wells last year, down from 44 in 2008.