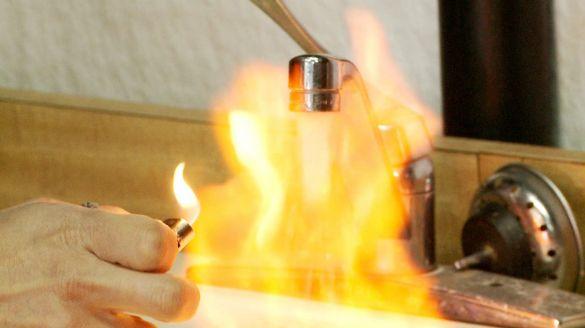 US shale gas is the unexpected loser from President Barack Obama's climate plan, as the White House abandons its previous enthusiasm for natural gas as a cleaner alternative to coal.

Last year Mr Obama called natural gas from fracking a "bridge fuel" to smooth the transition from polluting coal to emission-free renewable energy. But the shale industry was left reeling by a sudden reversal on Monday.

In its landmark plan to cut greenhouse gas emissions from power plants, the Obama administration eliminated an earlier projection that natural gas would contribute much more electricity, and instead upped the role of renewables.

The shift also caused griping among utility companies that have led the biggest power transformation of the shale era, spending hundreds of millions of dollars to switch generating plants from coal to shale gas.

In addition to being cheaper than coal, the shale gas liberated from rocks by fracking, or hydraulic fracturing, generates half as much carbon dioxide as coal when burnt, making it less harmful to the climate, scientists say.

In April, electricity from natural gas briefly surpassed coal power for the first time since the early 1970s, accounting for 31 per cent of the total while coal dipped to 30 per cent, according to the Energy Information Administration.

The US has surpassed Russia to become the world's biggest natural gas producer — and a draft of Mr Obama's climate plan last June said its targets depended on a shift to more gas-fired electricity.

But ahead of Monday's launch of the final plan, a senior administration official said: "In the final rule, that early rush to gas is eliminated. Indeed, the share of natural gas is essentially flat compared to business as usual."

Instead, the White House expects wind and solar power and energy efficiency improvements to play a much bigger role in reaching its target, which is to cut power sector carbon emissions by 32 per cent from 2005 levels by 2030.

Renewable energy, including hydropower, wind and solar, accounted for just 13 per cent of US electricity last year.

But with generation costs falling, Gina McCarthy, head of the Environmental Protection Agency, the regulator behind the plan, said the shift to renewables had accelerated in the past year and was "happening faster than anybody anticipated".

The climate targets are central to the president's goal of leaving a legacy of action on climate change and the linchpin of commitments the US has made ahead of a global climate meeting in Paris in December.

Mr Obama said on Monday: "I am convinced that no challenge poses a greater threat to our future, to future generations, than a changing climate."

It has long been clear that coal would suffer most from Mr Obama's plan — and on Monday Alpha Natural Resources, the second-biggest US coal company, filed for bankruptcy, the latest victim of cheap gas and environmental regulations.

Shale gas producers were pleased with their place in last year's draft proposals, but did not crow because they knew the tide could eventually turn against them — something that has happened more quickly than anyone foresaw.

"It seems an unnecessary approach to say we are going to help renewables by hamstringing natural gas," said Mr Durbin. "They are perpetuating the false choice that you can have either natural gas or renewables. But it's just not true."

The White House's shift away from natural gas was cheered by green groups that have been uneasy about its enthusiasm for the shale boom, which has generated a host of environmental concerns at a local and global level.

Michael Brune, executive director of the Sierra Club, said: "We think it's great. It makes us more optimistic."

He noted that although natural gas generates less carbon dioxide than coal, a more potent greenhouse gas — methane — can escape into the atmosphere from shale gas production, which is led by Texas and Pennsylvania.

"When you add the methane leakage in, you have a very narrow gap between coal and gas," he said.

Ms McCarthy of the EPA said the policy shift was designed to encourage more investment in renewable energy more quickly, something the Obama administration is encouraging with new federal funding incentives.

She added: "It might have resulted in less immediate investment in new natural gas, but it certainly hasn't done anything to eliminate or reduce the importance of natural gas in the energy system in 2030."

Nicholas Akins, chief executive of American Electric Power, a big US generator, said the White House did not have the luxury of being able to ditch natural gas, which would remain central to the US's power needs.