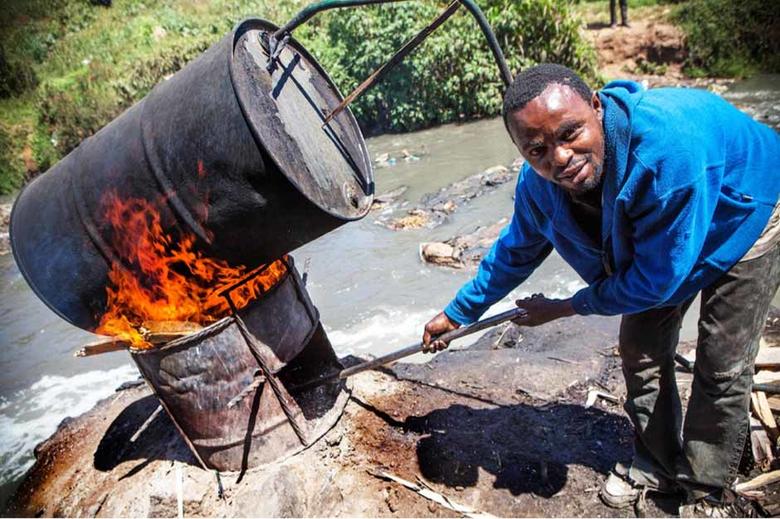 Leading the way is Saudi Aramco, which produced a staggering 12mn barrels of oil a day in 2014. Widely considered the world's largest oil and gas company, the energy giant turned over more than $1bn in revenue each day last year ($378bn).

The organisation is headquartered in Dhahran, Saudi Arabia, with offices and operations throughout the Kingdom of Saudi Arabia, employing more than 61,000 workers worldwide from 77 countries.

Its subsidiaries and affiliates are located in Saudi Arabia, China, Egypt, Japan, India, the Netherlands, the Republic of Korea, Singapore, the United Arab Emirates, the United Kingdom and the United States.

It also have a number of projects either under construction or in the pipeline, which could increase the company’s output yet further.

The Russian organisation is best known for its vast gas reserves (Gazprom accounts for 12% and 72% of the global and Russian gas output respectively), but it is also a major global oil producer, averaging 9.7mn barrels per day in 2014. Its array of projects saw the company turnover $106.3bn last calendar year.

In the Middle East, Gazprom announced last year that it had commercial production at the Badra oil field in Iraq. In a project update in June 2015, Gazprom said it had almost doubled production at the field, having brought on a fourth well.

Iran has hit the headlines in recent months after it agreed a deal in principle with the West to lift sanctions against the country.

Even with the sanctions, Iran is already a significant producer of oil, and it is estimated that NIOC holds 156.53 billion barrels of liquid hydrocarbons and 33.79 trillion cubic meters of natural gas.

The NIOC is exclusively responsible for the exploration, extraction, transportation and exportation of crude oil, as well as sales of natural gas and liquefied natural gas (LNG) in Iran.

He said of the envisaged 4.7mb/d increase in Iran's crude oil output, 0.7mb/d is expected to be supplied from the region, adding that 16 drilling rigs are operating in South Azadegan field.

The American multi-national oil and gas company is considered the world's largest 'supermajor' and produces around 5.3mn barrels of oil every day.

ExxonMobil's reserves were 25.2bn barrels of oil at the end of 2013, and the organisation operates 37 oil refineries in 21 countries constituting a combined daily refining capacity of 6.3mn barrels.

The Upper Zakum field, situated about 50 miles northwest of the city of Abu Dhabi, is currently producing more than half a million barrels a day – a number that could rise to 750,000 barrels oer day.

PetroChina is the largest of China's three state-owned or controlled petroleum corporations. The company already produces more oil than ExxonMobil, and according to Forbes magazine, it could someday vie with Gazprom as a regional gas power, considering estimates of its massive shale reserves.

In its annual report, the company said it increased its oil and gas output year on year. In the first quarter of 2015, it pumped 239.4 million barrels of crude, an increase of 3.3% compared with the same period last year.

While China's top oil producer did not mention anything about raising output even further, it vowed to make its operations more efficient and profitable and thus meet its financial targets for 2015.

According to its website, PetroChina is one of the companies with the biggest sales revenue in China and one of the largest oil companies in the world.

Another of the world's supermajors, BP produced some 4.1mn barrels of oil per day last year, resulting in revenues of $358.7 billion – more than $1bn a day.

It also has a long history in Iraq, dating back to the 1920s. In 2009, BP became the first International Oil Company to come back to Iraq after a period of 35 years. Between 2003 and 2006, BP had conducted a technical evaluation of the Rumaila field with the Ministry of Oil and in 2009 BP and PetroChina were awarded a Technical Service Contract to increase production at Rumaila in partnership with the South Oil Company (SOC). Today, BP, PetroChina and SOC are working in partnership to develop Rumaila, the second largest field in the world estimated to have around 20 billion barrels of recoverable oil remaining.

BP is now also working with the North Oil Company (NOC) on the redevelopment of the Kirkuk field having signed an agreement in September 2013 to provide technical assistance. Kiruk is estimated to have around 9 billion barrels of recoverable oil remaining.

Publicity around Shell has hardly been positive in 2015. Following the oil price rout, the company had to make thousands of job cuts, shelve a multibillion dollar project in Qatar and settle for lower profits than the year before.

Yet, Shell remains one of the companies in the world with the highest daily output. Its 2014 production, the company said, stood at 3.9mn barrels of oil per day (bopd) and it is already coming close to that number, with 2.9mn bopd in the first half of 2015. It is worth noting, however, that for the same period last year, the English-Dutch energy giant had pumped some 3.1mn.

Last year, the company launched a number of field start-ups, while ramping up production from existing assets, including fields in Nigeria, Malaysia and the Gulf of Mexico, which are expected to contribute some 126, 000 bopd to its output for the second quarter of 2015.

However, its annual oil production in 2015 is expected to be the lowest on record as its state-owned company scrambles to recover from falling oil prices, drop in exports and reduced rig count.

In fact, the Mexican oil giant's production has dipped more than 30% since hitting peak output of 3.38 million bpd in 2004.

And though the company's oil production and exports rose slightly in February this year, the Pemex said it expects output to be 2.28 million bpd by the end of 2015, down from a previous forecast of 2.40 million bpd.

On the plus side, Pemex recently made one of its biggest discoveries in years. The company said it found new shallow water oil fields in the Gulf of Mexico that could produce 200,000 barrels per day (bpd) by mid-2018.

The total output potential of the fields could be as high as 350 million barrels of crude-oil equivalent, according to the company CEO Emilio Lozoya.

The new fields comprise three of light crude and one of heavy crude, and could come on stream in 16 months, Pemex said.

Chevron is the third-largest oil company by market value and ranks 9th in terms of daily oil output.

In 2014, the company's worldwide net oil-equivalent production averaged 2.5mn barrels per day, with about 26% of that coming from the United States and the rest from more than 20 other countries.

Headquartered in San Ramon, California, Chevron is active in more than 180 countries globally. It is engaged in every aspect of oil and gas, spanning from exploration and production to refining, chemicals manufacturing and power generation.

Chevron has actively been involved in the Middle East since the 1930s, when it made first oil discovery in Bahrain. Through its subsidiary, Saudi Arabian Chevron (SAC), the company is leading a $340mn steam injection project aimed at boosting production from Saudi Arabia's Wafra field.

Kuwait's National Oil Company produced some 3.2mn barrels of oil per day last year, sneaking the organisation into the top 10. In future years, the NOC may finish higher up the list, as it plans to increase production to 4mn barrels per day by 2020

The organisation has a number of notable subsidiaries: