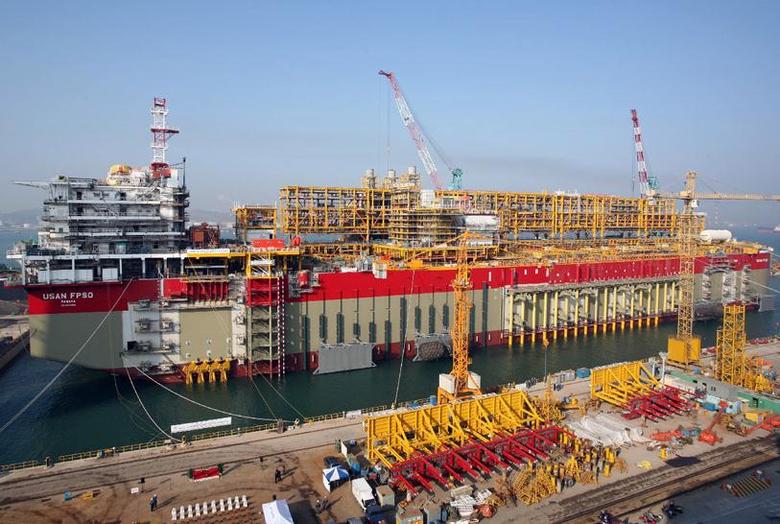 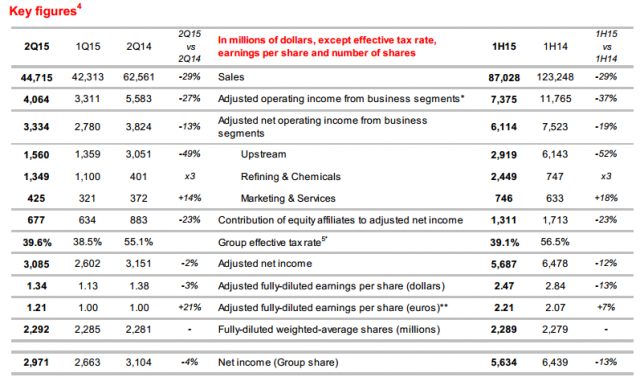 The French oil company reported adjusted net income of $3.08 billion, marking a 2.10% decline year-over-year (YoY). The company beat the consensus estimate of $2.67 billion for the quarter. It maintained a quarterly dividend per share of 0.61 euros.

Despite falling crude prices, Total managed to report a better result as its output for the quarter grew and cost cutting measures paid off. Crude oil prices have more than halved from their peaks last year. West Texas Intermediate (WTI) and Brent crude oil futures - the benchmarks for crude oil prices are currently trading at $47.86 per barrel and $53.07 per barrel respectively. During the quarter, oil traded around $60 per barrel.

Although production declined in the second quarter compared to the first quarter, due to the closing down of a liquefied natural gas plant in war-ravaged Yemen, the company still increased its output for the quarter by 12% YoY to 2.30 million barrels of oil equivalent a day. Production rose as Total has initiated its project in Angola, the North Sea and Russia. The concession in Abu Dhabi also helped the company increase production. Total also announced plans to raise the output target to 8% in 2015, and to start production in the Surmont Phase 2 Oil-Sands unit in Canada, at the Gladstone liquefied natural gas development in Australia, and in Laggan-Tormore.

In the face of declining oil prices, Total cut capital expenditure this quarter. The company has sold assets worth $3.50 billion in the first half of 2015 and plans to increase this number to $10 billion till 2017. It further announced plans to sell a 20% stake in the Laggan-Tormore project for $882 million to SSE Plc. The company also aims to cut cost by $1.20 billion. Total has lowered its capital expenditure target from last year's $26 billion to a range of $23-24 billion.

The company's downstream segment is flourishing as refinery margins have increased from $10.90 a metric ton, a year earlier to $54.10 this quarter. Total's net income from refinery and chemical units increased three-fold to $1.35 billion this quarter.