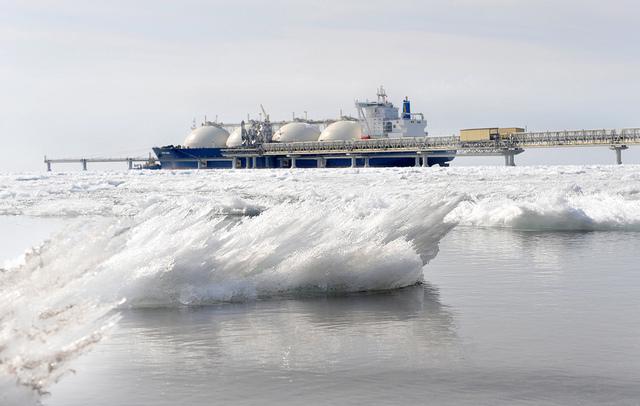 A number of projects are moving ahead and will go into operation, he said during an Aug. 3 presentation at the US Energy Association. But competition from pipelines, new production, and other LNG export projects will combine with slower general—as well as LNG—demand growth to create a supply surplus that the International Energy Agency expects to last at least until 2017, Boersma said.

Supplies will not be a problem, he said. Nearly 1,800 US unconventional gas wells await completion, and recovery rates have risen to 20% from 5% in some areas, Boersma said. "An enormous amount of shut-in gas is waiting to be produced," he said. "Major advances also continue to be made in crude oil production, which affects associated gas volumes."

"Regional gas exports to Mexico have doubled over the last few years," he said. "Imports from Canada will continue to fall, but still serve some niche US markets."

Boersma said gas export companies will try to recover their investments in a buyer's market in the medium-to-long term. Contracts overseas increasingly will move to long-term, take-or-pay formats, reflecting growing US influence and investors' desire for certainty, he said. "I expect the oil-price link to further erode in the future," Boersma added.

"It will be increasingly tough to finance major LNG export projects," he said. "Small-scale facilities may be another matter."