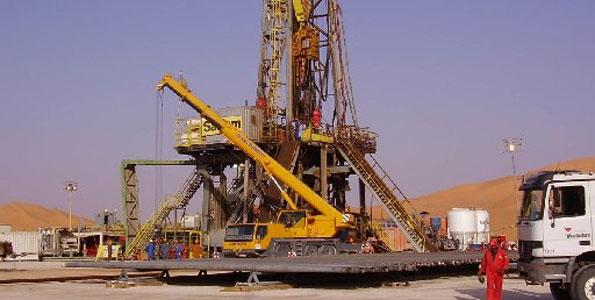 Bernard J. Duroc-Danner, Chairman of the Board, President and Chief Executive Officer, stated, "The second quarter was a very difficult one to navigate. Given the circumstances, I would like to highlight two positives, our revenue performance and our North American decrementals. Rig count declined 26% on a worldwide basis. By contrast, our revenue performance showed a sequential decline of 14%. The international segment was particularly strong, with a decline of only 2.7%, despite lower activity and pricing levels, suggesting that we are gradually increasing market share. North American revenue declined 30% compared to a 40% reduction in rig count and despite our disproportionately larger presence in Canada and on U.S. land. I would also focus your attention on the sequential decremental margins for North America, which at 23% were about half the level achieved in 2009. This reflects the strong and proactive cost management measures we have taken this year.

We remain confident in our ability to generate positive free cash flow on a full year basis. By implementing focused measures and continued discipline, we generated second quarter free cash flow of $104 million, a sequential improvement of $370 million. This result was achieved despite industry headwinds and a very weak North American market, which drove negative net income for the quarter."

After-tax charges of $412 million for the second quarter include:

The tax rate for the quarter (non-GAAP) was 42%, reflecting a net tax benefit on losses in North America which more than offset a normal tax charge on international earnings.

Starting last quarter, the regional results reflect the core Weatherford businesses, while the Land Drilling Rigs business results are disclosed as a separate operating segment. Prior period numbers have been reclassified to conform to the current presentation.

Second quarter revenues of $808 million were down $355 million, or 30% sequentially (on an average rig count decline of 40%), and down $851 million, or 51%, over the same quarter in the prior year. Second quarter operating losses of $92 million were down $82 million sequentially and down $346 million from the same quarter in the prior year. The sequential decline in revenue is due to the continued decline in U.S. rig count, the seasonal spring break up in Canada and pricing pressure on all of our service and product offerings. Sequential decremental margins of 23% improved from the first quarter of 49% due to the impact of cost reduction efforts including the incremental headcount reductions announced last quarter that were concentrated in this region.

Second quarter revenues of $418 million were up $1 million sequentially, and down $143 million, or 25%, over the same quarter in the prior year. Second quarter operating income of $65 million (15.7% margin) was down $6 million or 7% sequentially, and down 39% when compared to the same quarter in the prior year. Revenue decline from pricing pressure in Europe and Sub-Sahara Africa, was small and was offset by the seasonal recovery in Russia. Operating income was negatively affected by the project delays in Sub-Sahara Africa and remained relatively stable in Europe, while showing a gradual increase in Russia.

Second quarter revenues of $516 million were down $17 million, or 3% sequentially, and down $63 million, or 11%, over the same quarter in the prior year. Second quarter operating income of $55 million (10.6% margin) was down 21% sequentially and down 28% from the same quarter in the prior year. The revenue decline was attributable to lower activity from the early production facility contract in Iraq as well as from the shutdown of operations in Yemen. These declines were partially offset by increases in Kuwait and the United Arab Emirates. The slight decline in Asia Pacific revenues was due to lower customer spending in Malaysia and Indonesia, which was offset by growth in Australia and China. Operating income declined due to the lower revenue base and an unfavorable product mix, partially offset by continued cost reduction measures.

Second quarter revenues of $185 million were down $10 million, or 6% sequentially, and down $209 million, or 53%, compared to the same quarter in the prior year. Second quarter operating income of $4 million (2.2% margin) was down $6 million sequentially with a 302 basis point decline and down $2 million from the same quarter in the prior year. The decline in international drilling activity negatively impacted sequential revenues particularly in Romania, Australia, and Bangladesh. Operating income as well as revenue levels decreased as rig utilization declined.

Sequentially, net debt decreased by $107 million and working capital balances generated free cash of $110 million during the quarter, mainly reflecting improvements from strong customer collections. Free cash flow in the second quarter improved sequentially by $370 million, with lower working capital and capital expenditure, more than offsetting lower earnings. Free cash flow from operations generated $104 million in the second quarter and included net cash expenses of $13 million related to the legacy Zubair contract in Iraq, $39 million for severance costs paid during the quarter, and cash taxes and interest totaling $160 million. Capital expenditures of $160 million (net of lost-in-hole) in the second quarter were down sequentially by 18% and down 53% from the same quarter of the prior year, reflecting strong spending controls in place.

Because of the continuing weak North American market conditions, we plan to further reduce our cost structure to reflect the current environment. During the second quarter, we successfully completed substantially all of the previously announced headcount reduction of 10,000. The aggregate results of these measures will help mitigate the effects of the downturn, while at the same time, take advantage of the opportunity to develop a leaner structure and a tighter organization. This target has now been revised upward to 11,000 with the increase principally in the U.S with a focus on support positions. Our procurement savings initiative continues to be on track. In addition to our headcount reductions, this quarter, we closed three of our manufacturing and service facilities. We have also closed over 60 operating facilities across North America through the first half of 2015 and plan to close 30 more by the end of the year. All the while, quality, safety and reliability in execution will remain paramount.

Bernard J. Duroc-Danner, Chairman, President and Chief Executive Officer commented, "Market conditions will not improve significantly in the balance of the year. There will be modest activity increases in North America and selected international geographies but these will not be material. In this environment, we expect to grow market share internationally and benefit from better operating economics in the U.S. We expect to generate positive free cash flow from operations on a full year basis due to our cost actions, continued focus on working capital, reduced capital expenditures, and higher net income levels in the second half of the year.

Lastly, our cost reduction objectives, both cyclical and structural, are targeted globally. Based on our 2015 reduction in force actions, we now expect annualized savings of over $700 million. As we emerge gradually from this industry down cycle, we expect to operate as a much leaner, more efficient and streamlined organization."