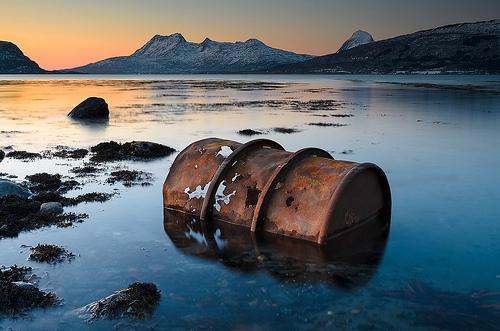 Oil prices have rocketed more than 25 per cent in three trading sessions, with the latest boost coming from data on US production and vague hints of a change of thinking inside the Opec producers' cartel.

The rise has been brutal for bearish traders, who just a week ago had pushed crude to the lowest levels in six and a half years.

Brokers and traders bought futures as they digested a commentary in Opec Bulletin, a magazine of the Vienna-based group. Opec's decision last November to keep oil taps wide open in the face of surging global production was a critical chapter in oil's plunge from more than $100 a barrel.

"Needless to say, Opec, as always, will continue to do all in its power to create the right enabling environment for the oil market to achieve equilibrium with fair and reasonable prices," said an article headlined "Co-operation holds the key to oil's future".

"As the Organisation has stressed on numerous occasions, it stands ready to talk to all other producers. But this has to be on a level playing field," Opec Bulletin said.

Some analysts dismissed the commentary as unimportant without a clear change of direction from Saudi Arabia, Opec's largest producer and de facto leader.

However, the oil market interpreted it as a signal that members of the cartel, which produces four in 10 barrels of the world's oil, may be ready to reconsider supply policy amid fiscal stress.

"What really ignited the market today is that Opec headline," said Raymond Carbone, a broker with Paramount Options in New York. "It's the first moment of, 'We can't take it any more'."

As traders discussed Opec's intentions, the US government released new statistics showing producers in the country's shale formations have begun cutting back supplies at a quicker pace than previously reported.

US oil output in June fell to 9.3m barrels per day, down from a peak of 9.6m barrels a day in April, the Energy Information Administration said. EIA said production in the first six months of 2015 averaged 9.4m b/d, revised from 9.5m b/d, as the agency released its first monthly report of crude oil production based on a new survey method.

"It's significant, because it underscores the story that, yes, US crude output in total is on a plateau," said Michael Wittner, global head of oil research at Société Générale.

Hedge funds and other money managers had been relatively bearish as oil rebounded late last week, holding the smallest net buying position in Nymex WTI in five years. This forced some to unwind positions by buying back futures, helping stoke the three-day rally.

However, share holdings in the US Oil Fund, the largest crude-backed exchange-traded fund, were last week the highest in its history.

Commodity analysts at Citigroup argued the rally was a "false start", with Monday's move "driven by a misread of market data and financial headlines".

Chatter about the Opec Bulletin commentary was "a gross misrepresentation of the Bulletin's editorial which was wistful about such a dialogue" among producers, wrote Citi's Ed Morse, a longtime Opec watcher. "Almost all Opec officials are still on holiday and the lack of further reporting suggests none actually were involved in suggesting there was a change in policy".