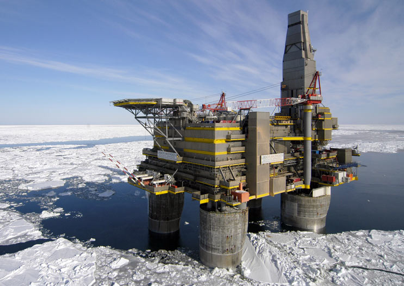 Russia will not deliberately cut oil production to prop up prices, however its output may decline if prices remain low, local news agencies quoted Deputy Prime Minister Arkady Dvorkovich as saying on Tuesday.

He also said that Russia was ready to discuss measures aimed at oil price stabilization with the Organization of the Petroleum Exporting Countries (OPEC) and other key producers, TASS news agency reported.

"It's quite possible that if oil prices remain at the low levels for long, oil production could decline, as had been the case before. Anyway, we don't expect any significant cuts," Dvorkovich said according to TASS.

OPEC kingpin Saudi Arabia, in a strategy designed to squeeze out rivals, such as U.S. shale oil firms, has been reluctant to cut oil output in order to support prices.

OPEC and Russia, one of the world's biggest oil producers, have held regular meetings but have not agreed on any coordinated action to prop up falling prices.

Dvorkovich reiterated that it would be technically difficult to restore oil production in Russia if output is cut artificially.

Russia has been pumping oil at a post-Soviet high of more than 10.7 million barrels per day and expects to maintain high levels of output next year.