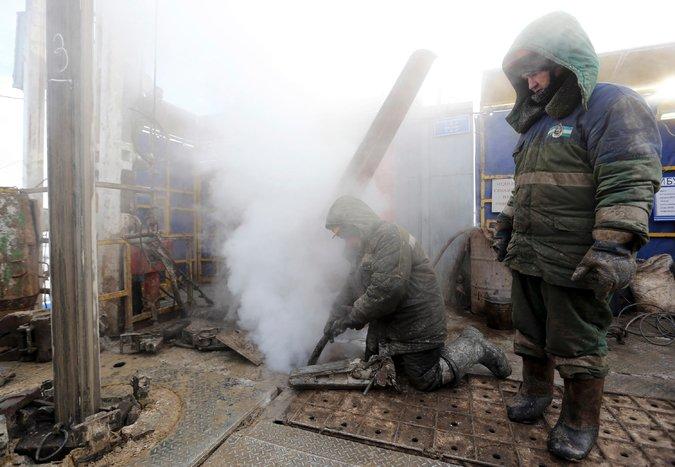 Russia's economy is heading for a bigger contraction this year than previously expected as a lower oil price and weaker global economy weigh, a Reuters poll of analysts predicted on Monday.

Economists are revising down their forecasts after a renewed slide in the international oil price, exacerbated by global concerns focused on China's weakening economy.

The poll of 12 forecasters predicted that Russia's economy would decline by 3.7 percent in 2015, more than the 3.5 decline projected in last month's poll.

"Lower oil prices constrain the potential for a revival of economic activity this year, despite potential support from renewed rouble weakness."

Now below $50 per barrel, international oil benchmark Brent is down from nearly $70 per barrel in May, when there had been premature hopes excess supply in the oil market would abate.

For 2016, the poll predicted the economy would grow by 0.5 percent, the same as last month's forecast.

The poll comes a few days after the Economy Ministry cut its official growth forecasts, which nevertheless remain more optimistic than most independent forecasters.

The lower oil price has also pulled down the value of the rouble, leading most analysts to expect the central bank will hold its main lending rate at its next meeting on Sept. 11, rather than cut it to boost the weak economy.

Out of eleven analysts who made a rate forecast for September, only two expected a half-point cut, with the rest predicting a hold.

The poll predicted that the central bank would start cutting rates again in the fourth quarter, with a further one-point cut by year-end.

Despite the weaker rouble, the poll predicted inflation would end the year at 11.9 percent, slightly lower than predicted last month. It was seen falling further to 6.8 percent by the end of 2016.

Renaissance Capital economist Oleg Kouzmin said he did not expect a large inflationary impact from the ruble's recent fall as prices in the economy had already adjusted to levels seen in the first quarter, when the rouble was also weak.

The poll predicted that the Russian currency would gradually strengthen over the coming year, reaching 65 against the dollar in three months and 61.35 in twelve months, compared with around 66.95 today.