2016: THE NEXT GLOBAL RECESSION 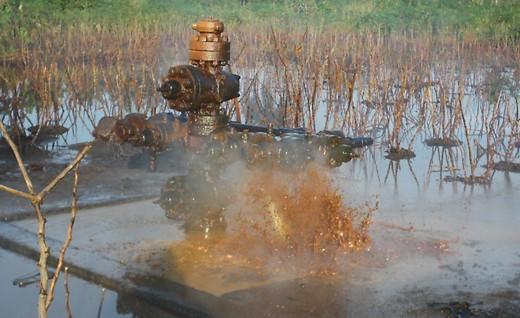 2016: THE NEXT GLOBAL RECESSION

Stocks declined around the world for a second day and the yen advanced after China's efforts to prop up its stock market failed to quell investor misgivings over the strength of the global economy.

Investor optimism in Europe proved short-lived as shares in the region erased an advance of more than 1 percent, while U.S. equity-index futures pointed to further declines after the Standard & Poor's 500 Index posted its sixth-worst start to a year in data compiled by Bloomberg going back to 1927. The yen strengthened against all its major counterparts on demand for the safest assets and gold gained a second day. Industrial metals advanced after China's authorities succeeded in stabilizing that nation's equities. 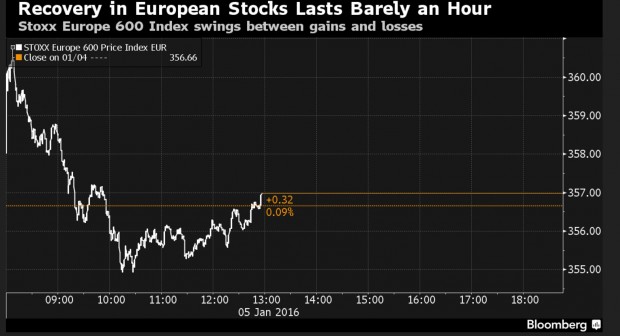 "It's a really messy start to the year -- everyone is really on edge," said William Hobbs, head of investment strategy at Barclays Plc's wealth-management unit in London. "Not much is expected of the world in terms of growth, risk appetite is biased to the downside and weak data from China to the U.S. hasn't helped at all. Plenty of people out there believe that the next global recession is imminent."

The declines come even after China moved to support its stock market with state-controlled funds buying equities and regulators signaling a selling ban on major investors will remain beyond this week's expiration date, according to people familiar with the matter. A 7 percent slump in mainland China shares on Monday triggered a trading halt, and the rout spread throughout Asia, Europe and the U.S. as a report showing the fastest contraction in U.S. manufacturing in six years.

The MSCI All-Country World Index fell 0.2 percent at 7:55 a.m. New York time after sliding 2.1 percent on Monday. The yen advanced 0.5 percent to 118.89 per dollar after touching the strongest level since Oct. 15 on Monday.

The Stoxx Europe 600 Index fell less than 0.1 percent after slumping 2.5 percent on the previous day. Carmakers and chemical companies posted the worst declines, while travel and leisure stocks rose.

Germany's DAX Index fell 0.4 percent after its slide Monday that was the biggest since a summer rout triggered by China's devaluation of the yuan.

Volkswagen AG slid 5.3 percent after the U.S. Justice Department sued the German automaker, accusing it of installing illegal devices on vehicles to defeat emissions testing, and laid out claims that could push penalties into the tens of billions of dollars.

Next Plc fell 4.9 percent after Christmas sales missed analysts' estimates and it said full-year profit will be near the lower end of its forecast.

Gold advanced 0.5 percent to $1,079.32 an ounce, rising for a second day. Copper rose 1 percent to $4,656.5 a metric ton on the London Metal Exchange, while nickel, aluminum, and zinc also advanced as industrial metals pared the biggest decline since September.

The LME Index of six base metals sank the most since Sept. 22 on Monday after data showed weaker factory activity in both China and the U.S., the world's two biggest metals consumers.

West Texas Intermediate crude for February delivery declined to $36.58 a barrel on the New York Mercantile Exchange, after falling 0.8 percent Monday. U.S. crude inventories are forecast to keep supplies more than 130 million barrels above the five-year seasonal average, according to a Bloomberg survey before government data Wednesday.

A measure of wheat, corn and soybean prices rose after slumping to a nine-year low Monday on concern beneficial weather in Latin America will exacerbate global supply gluts. The Bloomberg Grains Subindex rose 0.5 percent after slumping to the lowest since September 2006.

The MSCI Emerging Markets Index declined 0.1 percent after closing on Monday at a six-year low, even as benchmark stock gauges in South Korea, Indonesia and Malaysia gained at least 0.6 percent.

The yen was the best performing Group-of-10 currency, while the euro dropped as data showed euro-area inflation was weaker than economists predicted in December, when the European Central Bank stepped up its stimulus program. The 19-member common currency declined 0.7 percent to $1.0755, falling again most major peers.

"The main culprit is the persistent risk aversion on the back of global growth concerns centred around China," said Valentin Marinov, head of Group-of-10 foreign exchange research at Credit Agricole SA in London. "The yen is a liquid, safe-have currency that does well during bouts of risk aversion."

Developing-market currencies were mixed, with the Polish zloty, Hungarian forint and Turkish lira slipping at least 0.6 percent, while Indonesia's rupiah and the Philippine peso gained at least 0.4 percent.

European government bonds gained as the euro-region's annual inflation rate stayed at 0.2 percent in December. Economists surveyed by Bloomberg forecast the rate would increase to 0.3 percent.

OPEC OIL PRICE: $112.35
The price of OPEC basket of thirteen crudes stood at $112.35 a barrel
English
All Publications »
Обратная связь: