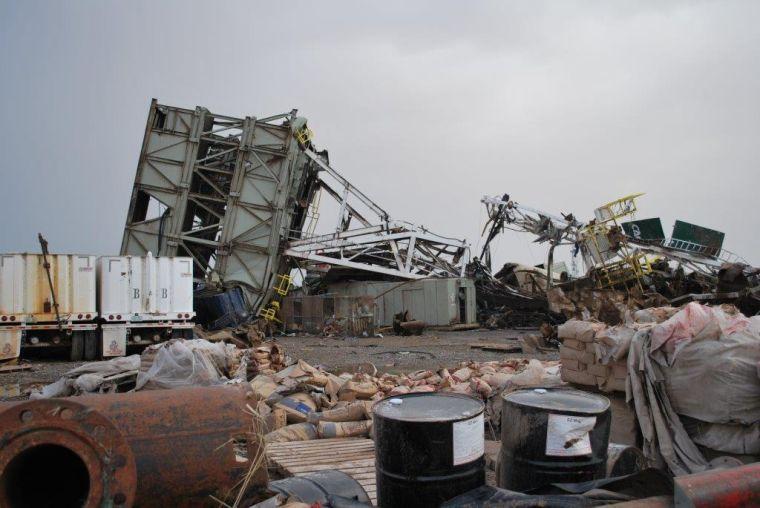 In any assessment of the oil price crash, it is worth remembering Shakespeare's aphorism: "What's past is prologue".

In 2015, it appeared that the salient features of the US oil industry were: falling costs and rising productivity, which meant total output fell only gently from its April peak; continued investor support for capital raising (at least in the first half of the year); sluggish merger and acquisition activity; and a sharp rise in bankruptcies (but only a few with debts above $2bn). This prompted talk about the resilience of US shale oil, with some justification. Fears — or hopes — that shale production would rapidly dry up have turned out to be misplaced.

However, the effects of the fall in the oil price are still only beginning to work through. All we have seen so far is the prologue to what are likely to be more dramatic events in 2016.

Last year's shake-out in the industry was still relatively subdued. Now that oil prices have taken a further lurch downwards — with benchmark Brent crude hitting 11-year lows towards the end of 2015 — the financial pressure on oil producers is growing.

At the same time, some of the defences that helped protect companies against the impact of lower oil and gas prices have been crumbling. Hedging positions put in place when prices were higher have been rolling off. And while Pioneer Natural Resources and a few other companies had hedged most of their oil production to protect this year's revenues, many others — such as Continental Resources, EOG Resources and Apache — did not.

Cost-cutting has helped improve the economics of shale production, but there has been a wide variation in the size of the savings. Last month, Devon Energy said that in the Bone Spring formation in the Permian Basin of west Texas it had cut the cost of a well by more than 30 per cent since the fourth quarter of 2014. But EOG said in November that the average cost of its wells in the Eagle Ford shale of south Texas had fallen just 10 per cent since 2014.

Productivity gains have been similarly uneven. In the principal US shale oil regions, the volume of production from new wells per rig running (a measure of productivity used by the government's Energy Information Administration) has risen by 48 per cent over the past year. Those gains have been achieved by retiring the older and less efficient rigs first, by drilling in the most productive "sweet spots", and by improvements in technique. Companies have been drilling faster and using longer horizontal wells, and optimising factors such as the amount of proppant — the sand or similar substance used to hold open cracks in shale to allow the oil to flow out — to maximise production.

But, since October, productivity gains have stalled in two of the principal shale formations: the Eagle Ford and the Bakken of North Dakota. Combined with steep falls in the number of rigs working, that has meant production in those regions has been dropping: in the Bakken by 11 per cent from a peak last June, and in the Eagle Ford by 30 per cent from a peak last March.

Productivity and production in the Permian Basin are still rising, but the EIA expects total US production will drop by 920,000 barrels per day — about 10 per cent — in the year to next September.

Even at last year's oil prices, the industry was not making money. In the first nine months of 2015, when US crude averaged $51 per barrel, cash outflows for capital spending and acquisitions exceeded inflows from operations by $907m for Noble Energy, $1.57bn for EOG, $1.85bn for Chesapeake Energy and $1.94bn for Hess. At today's oil price of about $37, revenues will be even lower.

With no growth and no profits, the US exploration and production industry is facing a gruelling year. The gap between strong and weak companies is likely to widen. Those that have lower-cost production and healthier balance sheets should be able to stay in business. Those that have good assets but big debts may have to sell their most valuable properties. Those that have neither attractive assets nor strong finances will be heading for bankruptcy.

Tensions stirred at the weekend by Saudi Arabia's execution of a dissident Shia cleric were a reminder that the world still depends on oil supplies from the Middle East. Barring unexpected disruptions, though, the way in which the oversupplied global oil market is likely to be brought back into balance is through financial constraints hitting investment and curbing supply. This year, the US shale industry can be expected to play a leading role in that rebalancing.