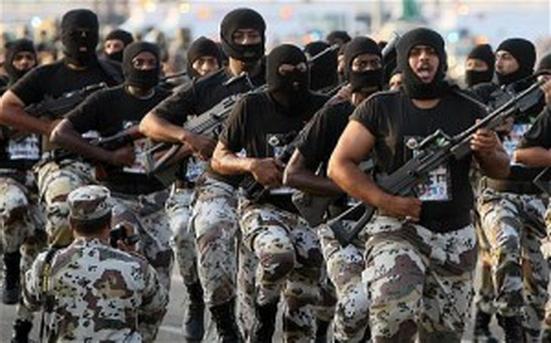 This week, Saudi Arabia announced that during 2015 it had seen a $98 billion deficit. Worse still, next year might not be much better, with a shortfall projected at $87 billion in the official budget. In a bid to raise revenues, oil prices were unexpectedly raised by 50 percent on Tuesday – jumping to the still remarkably cheap 0.90 riyals (24 cents) a liter, less than a dollar per gallon. Analysts expect further cuts to public spending, most notably in the form of privatizations and restrictions on the country's generous subsidies programs.

The news seemed to be proof that a long period of low oil prices were causing trouble in the Persian Gulf kingdom, which had long been economically buttressed by its enormous oil reserves. Saudi Arabia's new budget seemed to be "radical austerity." However, in a phone interview on Wednesday, Saudi Minister of Planning and the Economy Adel Fakeih hit back at that label, and suggested the drop in spending was less significant than observers believed.

"Not really, actually," he said when asked if the label radical austerity was accurate. "We have budgeted this year only slightly below what we had budgeted last year."

Fakeih did note that Saudi Arabia had actually spent around $30 billion more than it had budgeted for in 2015 – a discrepancy many attributed to large bonuses given to public sector employees by new King Salman shortly after he assumed office at the beginning of the year. Yet Fakeih also noted that last year's budget had been conceived at a time when the price of a barrel of oil was around $74 (it has since dropped to around $40 per barrel). "So, given the huge drop that took place over the year, the change in the estimated budget for 2016 versus 2015 is not that much," Fakeih said.

Fakeih also downplayed the significance of Saudi Arabia's involvement in the war in Yemen and the fight against the Islamic State, despite the fact that a significant chunk of the spending in 2015 had been directed to Saudi Arabia's defense and internal security.

While Saudi Arabia may not see its budget as radical or austere, it does seem to be an admission that low prices are here to stay and that Saudi Arabia is working to adapt to that. Fakeih wouldn't say if the Saudi budget was based on a particular price for oil; budgets are always planned on a "range of prices," he said. He noted that a $49 billion discretionary fund would give the country "flexibility and agility" if the situation changed.

With 72 percent of total revenue in 2015 coming from oil, Saudi Arabia is keen to find ways to diversify its economy. While Fakeih said that this week's changes to fuel prices would only affect a small portion of the country who were "enjoying" subsidies a little too much, within five years all Saudi citizens would have to face an end to subsidies. Though Fakeih acknowledged that some might be angered by the changes, he also argued that there were many Saudis "who say it's time to really start pricing these products at the right price so we don't continue wasting our resources" and that those hit hardest would be compensated by the state.

The Saudi kingdom is likely to announce further attempts to diversify its economy in a few months, with attempts to capitalize on untapped mining resources and improve its tourism industry near the top of its list. The country will also be looking into privatizing certain sectors – including airports, utilities, hospitals and education, according to Fakeih – and it is currently planning an extra tax on harmful products like tobacco, sugary sodas and energy drinks and, along with its Gulf Coordination Council neighbors, to implement a value-added tax.

The changes come at a difficult time for the Saudi kingdom, which is still adjusting to last year's leadership transition while also facing pressure from regional rivals like Iran.