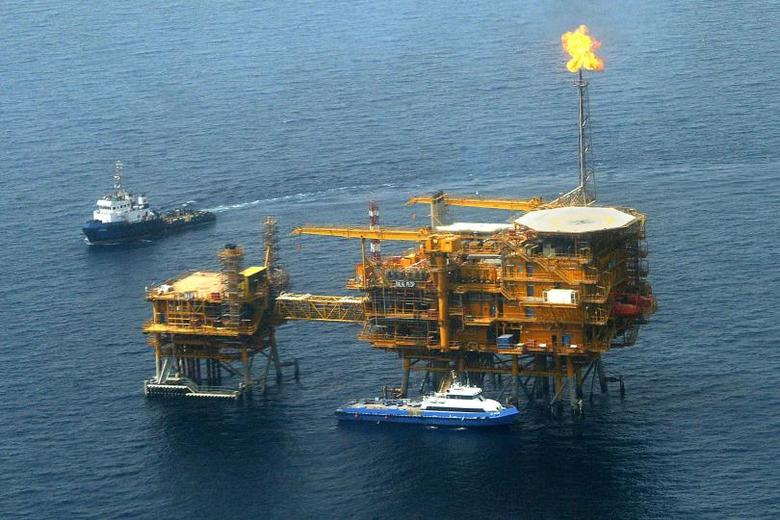 IMF wrote, Iran's economic conditions are improving substantially in 2016/17 . Real GDP rebounded strongly over the first half of the year as sanctions eased post-JCPOA implementation. Oil production and exports rebounded quickly to pre-sanction levels, helping cushion the impact of low global oil prices. Increased activity in agriculture, auto production, trade and transport services has led the recovery in growth in the non-oil sector. Real GDP is projected to grow by at least 4.5 percent in 2016/17. The prudent monetary and fiscal policies adopted in recent years, along with favorable international food prices, allowed CPI inflation to decline to a low of 6.8 percent (y/y, point-to-point) in June 2016. Although point-to-point inflation has risen to 9.5 percent in September, on staff estimates inflation is expected to average 9.2 percent in 2016/17.

The government is implementing far-reaching, ambitious, reforms to support a sustained acceleration in growth. To anchor inflation over the medium-term, the authorities have proposed a fundamental overhaul of the monetary policy framework and plan to gradually reduce the non-oil fiscal deficit. They plan to clear government arrears, recapitalize banks and strengthen supervisory powers. New CFT laws have been passed and the government is committed to enhancing safeguards in the financial system to secure better access to the global financial system. The staff sees these reforms as critical if Iran is to harness its re-integration into the global economy to spur growth and become a more market-based, diversified economy.

The mission offers the following recommendations to support the government's reform efforts:

Vulnerabilities are emerging that could erode Iran's economic achievements. From the second half of 2015/16 when the economy was weak, the government stimulated growth by directing bank credit to selected sectors and reducing interest rates. On current policies, staff estimate that the non-oil fiscal deficit in 2016/17 will increase by 0.5 percent of non-oil GDP to reach 8.9 percent of non-oil GDP (or 7.7 percent of total GDP). Oil receipts to the budget are falling short because of the need to repay to the NDFI the funds that were borrowed last year. As a result, the overall fiscal deficit is expected to deteriorate to 2.7 percent of GDP in 2016/17 from 1.7 percent of GDP 2015/16. Moreover, this year's budget requires additional financing (beyond the funding of this deficit) to proceed with the planned clearance of arrears (R.300,000 bn/2.3 percent of GDP). The combination of looser monetary and fiscal policies has fueled rapid growth in monetary aggregates. International reserves have fallen by about $7 billion since end-March 2016, reflecting valuation changes, the clearance of FX dues to export credit agencies and increased imports post-JCOPA implementation.

With economic activity recovering briskly, recalibrating monetary and fiscal policies at the margins will help keep inflation in single digits . Safeguarding the reduction in inflation will be essential to preserve the credibility of Iran's reform efforts and ensure the planned unification of the exchange rate is durable. Adjustments in administered prices should be compatible with the objective of single-digit inflation. Steps to manage credit growth, for example, by slowing or halting the pace of expansion in directed credit schemes or implementing differentiated loan-loss provisions, would help stem the build-up of additional liquidity pressure. The Central Bank of Iran (CBI) should also assess what additional steps it can take to absorb excess liquidity. Fiscal policy also needs to help by avoiding excessive pro-cyclical stimulus. Every effort should be made to step-up revenue collections and contain spending, including by removing high income households from the subsidy beneficiaries list.

Enhancing the ability of the central bank to safeguard price stability. The proposed Central Bank Bill correctly places price stability as the core objective of monetary policy. However, the proposed governance structure of the CBI is complex and decision making committees are dominated by representatives of other government agencies. To enhance the ability of the CBI to pursue its inflation objective independently, staff recommend that the number of governing bodies be streamlined and membership limited to senior CBI officials and/or independent experts. Greater transparency and alternative reporting mechanisms can be explored to ensure the CBI remains accountable for implementation of its inflation objective. The central bank will also require instruments to intervene and manage liquidity to guide interest rates. The authorities should start issuing appropriate instruments, for example government bonds or central bank paper, for this purpose and allow for the possibility of an emergency liquidity facility at the CBI.

Reducing fiscal dominance and creating space for bank recapitalization and public investment needs. The 2017/18 budget should be guided by the need to gradually reduce the non-oil deficit in line with the permanent income norm not only to support low inflation but also to adjust to lower oil prices and higher debt service costs. The government appropriately intends to increase non-oil revenues to secure this adjustment and provide non-inflationary resources to fund higher public investment spending. Adopting a medium-term fiscal framework that is anchored on the non-oil deficit would contribute to better fiscal planning and management and allow for savings from oil revenues to be accumulated so to provide Iran a fiscal buffer against shocks.

Clearing government payment arrears and developing local debt markets. Provisional estimates suggest public debt could be as high as 40 percent of GDP once government arrears to the private sector are recognized. The Debt Management Office has adopted a prudent and phased approach to securitize part of these obligations. Claims are being carefully vetted and audited and can be netted against debt owed to the government. Parliament has approved the issue of new debt instruments to securitize a small part of these arrears in a phased manner to help develop local debt markets. However, parliament also approved the use of revaluation gains at the CBI to clear the government's debts held by the financial system, which will reduce the CBI's capital buffer and, consequently, its capacity to absorb future losses. Going forward, the cost of securitization of the remaining stock of arrears is best borne by the government given its fiscal origin. Securitization with new debt issuance would deepen local debt markets and could provide the CBI with an instrument to manage liquidity. It will be important to ensure the interest costs associated with new debt are adequately budgeted for.

Fundamental overhaul of the banking system is needed to help unleash higher growth in the private sector. Capital is low and the stock of non-performing loans remains high despite the securitization of government arrears and steps taken by the supervisor to require higher provisions. Policies of interest rate controls and directed credit constrain banks' profitability and capacity to build capital. The financial sector reform strategy must ensure that the problems in the banking sector are fully addressed to lift financing constraints to growth. Staff suggest banks undertake forward looking tests of their commercial viability as part of an asset quality review. Where such tests identify shortfalls in capital or risk management practices, banks should be required to present and implement time-bound plans to remedy these shortfalls. Any bank that is not viable after such a process should be resolved. To enhance the commercial orientation of the state-owned banks, the burden of government-mandated credit policies should be moved to the budget and their recapitalization needs met via new long-term government bonds. A new corporate bankruptcy law would aid the reform. A comprehensive reform of this nature would enable the transition to Basel II and III reporting standards, boosting financial transparency. The upcoming IMF bank resolution workshop provides an opportunity to discuss options to address NPLs. The IMF is ready to provide further assistance to define and implement a financial sector reform plan.

The proposed banking bill strengthens supervisory powers. The CBI has taken important steps over the past year to restructure and bring unlicensed financial institutions (UFIs) under its supervision, helping address an important source of financial instability. The proposed Banking Bill further enhances the CBI's powers to license and oversee UFIs, and it substantially enhances the supervisory tool-kit by providing for consolidated supervision and an array of early intervention measures. The draft law needs to clarify the CBI's powers to revoke a banking license and what options are available for resolutions.

Implementation of the FATF plan will bolster Iran's AML/CFT framework and facilitate re-integration of domestic banks into the global financial system. The IMF is willing to cooperate to provide information. The CBI has also requested banks prepare their financial statements using IFRS which will support transparency in the financial system.

Increased transparency and timeliness in the publication of data on key economic variables will facilitate international investor interest in Iran and aid the development of debt markets.