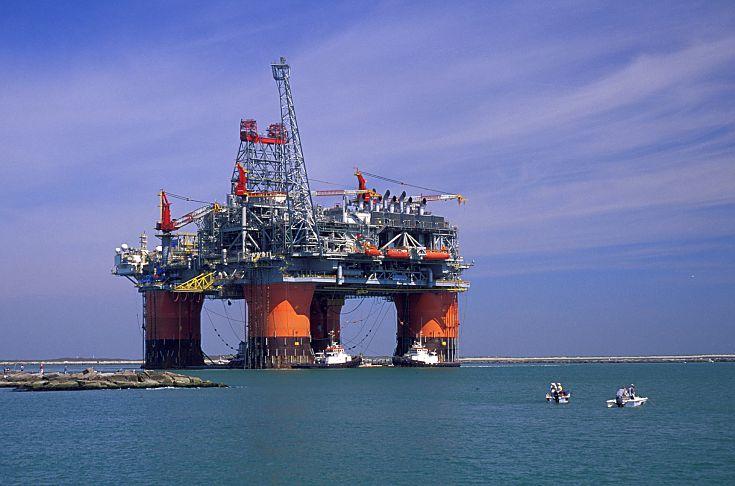 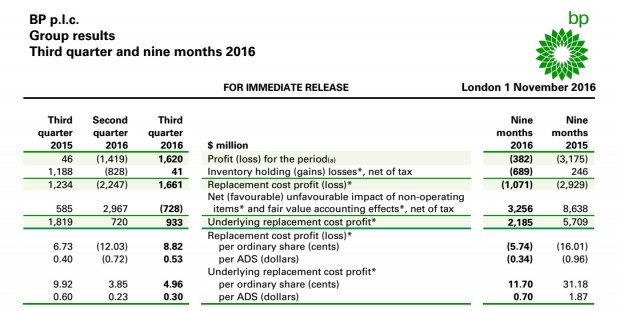 The quarter's result was affected by a weaker price and margin environment. It was also negatively impacted by a number of mainly one-off and non-cash items in the Upstream. However, the result also included benefits from lower cash costs being incurred throughout the Group and a positive one-time tax credit.

Underlying operating cash flow2, which excludes pre-tax Gulf of Mexico payments, was $4.8 billion for the quarter. It was $13.3 billion for the first nine months of the year, benefitting from reliable operations and lower cash costs.

BP announced an unchanged dividend for the quarter of 10c per ordinary share, expected to be paid in December.

Brian Gilvary, BP's Chief Financial Officer said: "We continue to make good progress in adapting to the challenging price and margin environment. We remain on track to rebalance organic cash flows next year at $50 to $55 a barrel, underpinned by continued strong operating reliability and momentum in resetting costs and capital spending.3

"At the same time we are investing in the projects, businesses and options to deliver growth in the years ahead."

BP's cash costs4 over the past four quarters were $6.1 billion lower than in 2014, continuing the Group's progress towards 2017 cash costs being $7 billion lower than in 2014. BP's expectation for 2016 organic capital expenditure was reduced again and it is now expected to total around $16 billion, compared to original guidance of $17-19 billion given at the start of the year. BP expects capital expenditure in 2017 to be between $15 billion and $17 billion.

Cash divestment proceeds for the year to date, including the partial sale of BP's shareholding in Castrol India, are now $2.7 billion. At the end of the third quarter, BP's gearing level was 25.9%, within the targeted 20-30% range.

The Brent oil price averaged $46 a barrel in the quarter, compared with $50 a barrel in 3Q 2015, and gas prices outside the US were also weaker. Refining margins were steeply down from a year earlier, depressed by high product stock levels.

BP reported an overall headline profit for the quarter of $1.6 billion, which includes a net gain of $728 million for non-operating items and fair value accounting effects. This is comparable to a profit of $46 million a year earlier and a loss of $1.4 billion in the second quarter of this year, when significant charges associated with the Gulf of Mexico oil spill were taken.