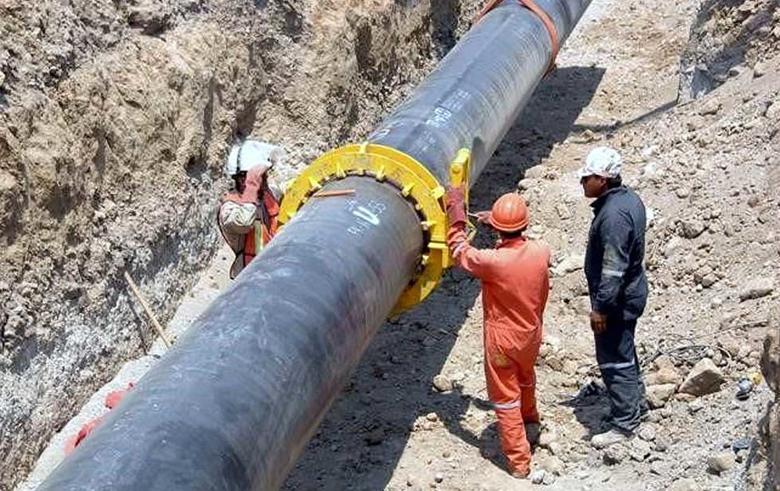 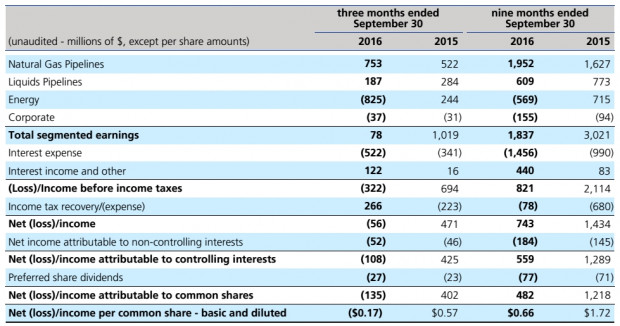 "Excluding specific items, comparable earnings per share for the quarter were significantly higher than last year as a result of the Columbia acquisition and continued solid performance from our large portfolio of high-quality energy infrastructure assets," said Russ Girling, TransCanada's president and chief executive officer. "Since completing the Columbia transaction, we have made significant progress in integrating its operations with our existing U.S. natural gas pipeline business and are well on track to realize the targeted US$250 million of annualized benefits associated with the acquisition."

"The addition of Columbia reinforces our position as one of North America's leading energy infrastructure companies with an extensive pipeline network that links the continent's most prolific natural gas supply basins to its most attractive markets," added Girling. "Looking forward, the addition of Columbia's US$7.7 billion growth program brings our industry-leading portfolio of near-term capital projects to over $25 billion. As these projects progress through the permitting and construction phases and into operation over the balance of the decade, they are expected to generate significant growth in earnings and cash flow and support an expected annual dividend growth rate at the upper end of the Company's previous expectation of eight to 10 per cent through 2020."

These initiatives, along with our stable base business and $25 billion of secured near-term growth, position us to deliver an expected annual dividend growth rate at the upper end of the Company's previous expectation of eight to 10 per cent through 2020.

Comparable earnings for third quarter 2016 were $622 million or $0.78 per share compared to $440 million or $0.62 per share for the same period in 2015, an increase of $182 million or $0.16 per share. The increase was primarily the net effect of a higher contribution from U.S. Pipelines primarily due to incremental earnings from Columbia following the acquisition on July 1, 2016 and a higher ANR transportation and storage revenue resulting from higher rates effective August 1, 2016; a higher contribution from Mexican pipelines primarily due to earnings from Topolobampo beginning in July 2016; higher interest income and other due to realized gains in 2016 compared to realized losses in 2015 on derivatives used to manage our net exposure to foreign exchange rate fluctuations on U.S. dollar-denominated income; higher earnings from U.S. Power mainly due to incremental earnings from the Ironwood power plant acquired in February 2016 and higher sales to customers in the PJM market partially offset by lower capacity revenues in New York; higher earnings from Bruce Power mainly due to lower depreciation and our increased ownership interest partially offset by higher losses from contracting activities; and higher earnings from Canadian Pipelines primarily due to a higher NGTL investment base and incentive earnings from the Canadian Mainline and NGTL. These gains were partially offset by higher interest expense from debt issuances and lower capitalized interest as well as lower earnings from Liquids Pipelines due to the net effect of higher contracted and lower uncontracted volumes on Keystone Pipeline and lower volumes on Marketlink.