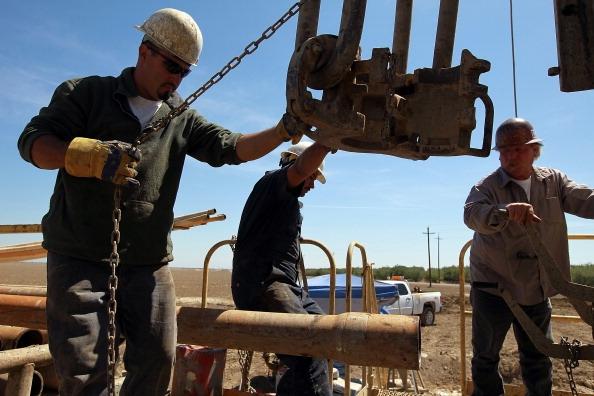 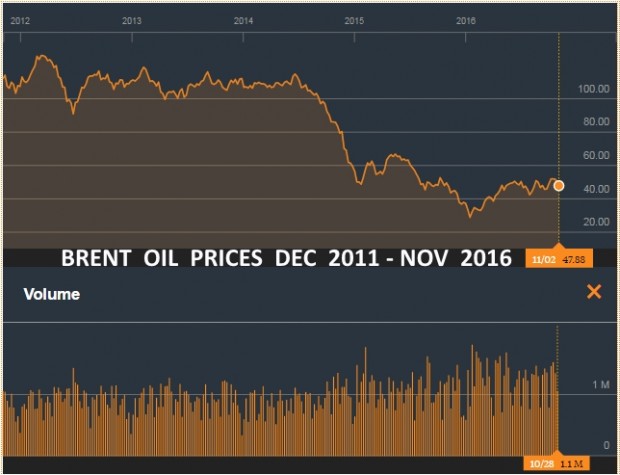 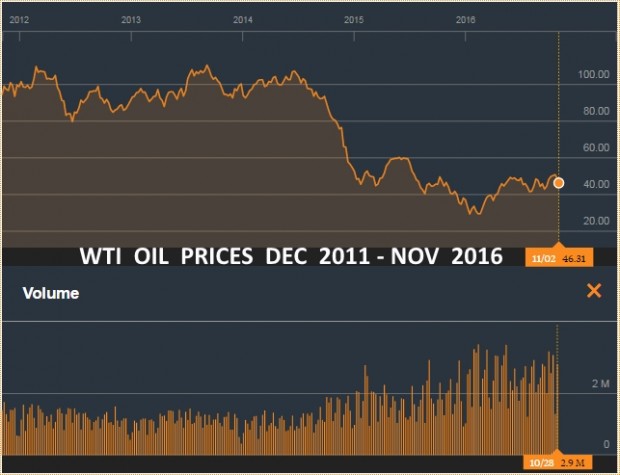 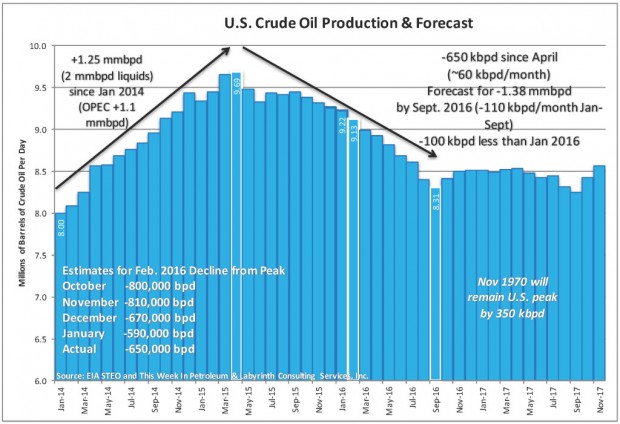 BOE wrote, U.S. crude production is set to decline this year as the Organization of Petroleum Exporting Countries struggles to put a dent in global oversupply, according to the head of the U.S. Energy Information Administration.
Output in the U.S. will fall 800,000 barrels a day this year, Adam Sieminski, administrator for the EIA, said in an interview in Riyadh. That would be the first drop since 2008, data compiled by Bloomberg show. OPEC's attempts to carry out an agreement on limiting production are still "very much up in the air," he said.

"The U.S. has always felt markets would do a better job at re-balancing supply and demand than organizational activities," Sieminski said. "There is potentially a role for OPEC, but I think markets ultimately are the key to how supply and demand rebalance."

Brent slid from more than $115 a barrel in June 2014 to less than $28 in January this year. Prices tumbled after OPEC, led by Saudi Arabia, adopted a policy of pumping without limits to try to squeeze higher-cost supply, including some U.S. shale output, from the market. U.S. crude production averaged 8.5 million barrels a day in mid October, compared with 9.2 million a day at the end of last year, according to EIA data.

Shale drillers have shown remarkable "tenacity" in holding up output in the face of falling prices, Sieminski said. Crude at $50 to $60 a barrel would probably spur an increase in their production, he said. Brent crude was trading at $49.05 a barrel by 4:33 p.m. in Dubai on Tuesday.

OPEC agreed in Algiers in September to the outline of a deal to limit production to a range of 32.5 million to 33 million barrels a day. Iran, Iraq, Libya and Nigeria are all seeking to be excluded from the deal. All of OPEC's 14 members as well as other producers such as Russia are committed to finalizing an agreement, Secretary General Mohammed Barkindo said Monday in a Bloomberg Television interview.