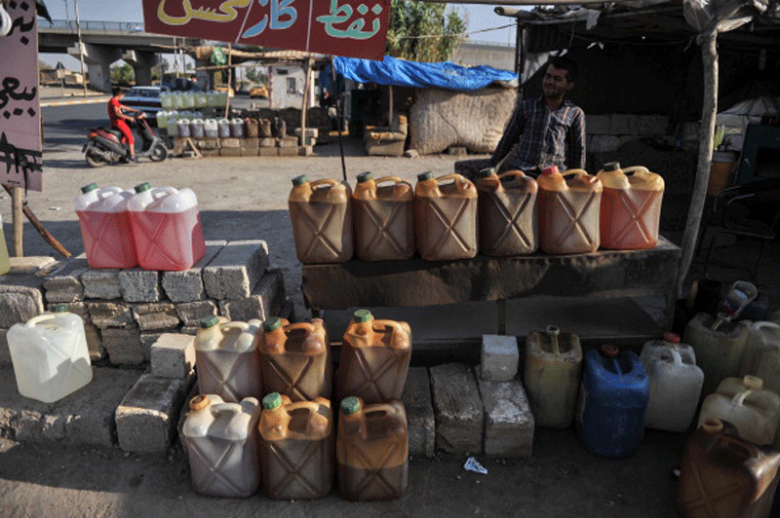 PE wrote, the government of Iraq is hoping that a new OPEC deal will help the war-weary country generate enough revenue to help pay for its costly, 2-year-old fight against the Islamic State group.

Iraq, whose oil revenues make up nearly 95 percent of its budget, has been reeling under an economic crisis since late 2014, when oil prices began their descent from a high of above $100 a barrel.

The plunge began just months after IS militants swept across large parts of northern and western Iraq. They seized territory that prompted a huge effort to rebuild and rearm large segments of the military and security forces and to care for a flood of people displaced from their homes.

Non-OPEC nations are expected to pare an additional 600,000 barrels a day off their production. That includes Russia, which committed itself to reducing its output by 300,000 barrels per day.

Oil prices gained an immediate boost Wednesday with the international benchmark for crude jumping 8.3 percent, or $3.86, to $50.24. The price of oil dipped as low as $26 a barrel in February.

"If there was no deal, we would have been in a very bad situation," said Iraqi lawmaker Haitham al-Jabouri, a member of parliament's Financial Committee. "The deal will have a positive impact on oil prices and therefor on our precarious economic situation."

In an interview Monday with The Associated Press, Prime Minister Haider al-Abadi described the level of oil prices as "inadequate."

"According to our own calculations, I think that the rise in oil prices, every $1 for a barrel of oil will add $1 billion to our budget. So, I think we will have more by cutting the production and increasing the price," al-Abadi said.

For the last several months, crude oil has traded between $40 and $50 a barrel. Before the OPEC meeting, the U.S. Energy Department predicted that crude would rise to $50 or $51 a barrel next year. OPEC will meet again in May 2017 to discuss a possible six-month extension of the deal.

Al-Jabouri said about 32 percent of the 2017 budget will go to the ministries of Defense and Interior and other security organizations, an increase from 28 percent in this year's budget. Iraq won't change the projected 2017 budget after the OPEC agreement, but instead will use the expected increased revenues to help bridge the deficit, he said.

The budget provides for a 4.8 percent cut in salaries and pensions for government and public sector employees to finance paramilitary forces, which are made up mainly of Shiite militias, and to care for those people who are displaced by the fighting.

OPEC's second-largest producer, Iraq will reduce output by 200,000 barrels a day to 4.351 million barrels, according to Mudhir Mohammed Salih, al-Abadi's economic adviser. Iraq will not only benefit from the anticipated increase in oil prices, but also from the reduction in production costs arising from smaller output, he added.

Salih hopes defense spending will be reduced when IS militants are driven out of the northern city of Mosul, the last urban bastion in Iraq still held by the extremist group. The offensive to oust IS militants from the country's second-largest city began Oct. 17.

"I call it a peace budget rather than a war budget, as much of the military expenses will go down with the liberating of Mosul this year, ending major battles," he said. "By then, we'll see more surpluses to cover other areas."

In July, Iraq secured a badly needed $5.34 billion loan from the International Monetary Fund that could unlock a further $18 billion in loans. The IMF has established a series of benchmarks connected to the three-year loan, requiring Iraq to reduce public spending, improve collection of taxes and customs fees, and fight corruption and money laundering. Other loans and payment facilities also were offered from other countries to cover defense costs.

But the OPEC deal is not expected to improve the lot of ordinary Iraqis like Baghdad merchant Ali al-Maksosi.

"Whether the price of the Iraqi oil is up or down, we will not be benefiting," said al-Maksosi, a dealer in flour and grain in the capital's Jamila wholesale market. "We are going through harsh circumstances in a state of war that continues affecting the budget."