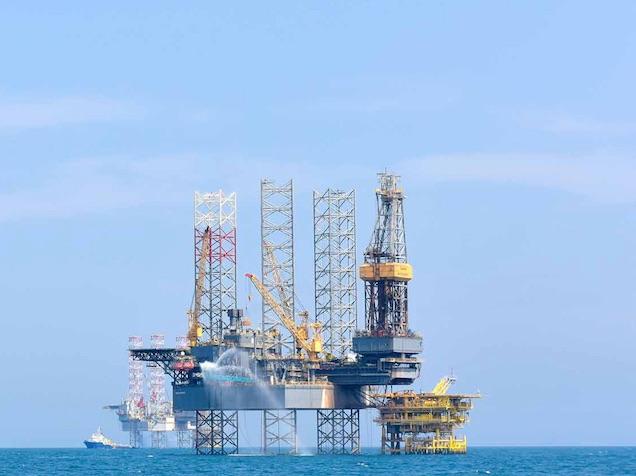 The global oil market has witnessed a serious challenge of imbalance and volatility  pressured mainly from the supply side. It has led to significant investment cuts in the  oil industry, which has a direct impact on offsetting the natural depletion of reservoirs  and in ensuring security of supply to producers.

Current market conditions are counterproductive and damaging to both producers and  consumers, it is neither sustainable nor conducive in the medium- to long-term. It  threatens the economies of producing nations, hinders critical industry investments,  jeopardizes energy security to meet growing world energy demand, and challenges oil  market stability as a whole.

There is a firm and common ground thatcontinuous collaborative efforts among  producers, both withinand outside OPEC, would complement the market in restoring  a global oil demand and supply balance, inparticular the drawdown in the stocks overhang, which is currentlyat a very high level.

At this conjuncture, it is foremost to reaffirm OPEC’s continued commitment to stable  markets, mutual interests ofproducing nations, the efficient, economic and secure  supply to consumers, and a fair return on invested capital.

Consequently, the recovery of oil market balance could be addressed through dialogue  and cooperation among producing countries asa way forward for cohesive, credible,  and effective action and implementation. Hence, it is under the principles of good faith  that countries participating in today’s meeting agree to committhemselves to the following actions:

1. In the fulfilment of the implementation of the Algiers Accord, 171st Ministerial  Conference has decided to reduce its production by around 1.2 mb/d to bring its  ceiling to 32.5 mb/d, effective 1 st of January 2017;

2. The duration of this agreement is six months, extendable for another six months to  take into account prevailing market conditions and prospects;

3. To recognize that this Agreement should bewithout prejudice to future agreements;

4. To establish a Ministerial Monitoring Committee composed of Algeria, Kuwait,  Venezuela, and two participating non-OPEC countries, chaired by Kuwait and  assisted by the OPEC Secretariat, to closely monitor the implementation of and  compliance with this Agreement and report to the Conference;

5. This agreement has been reached following extensive consultations and understanding reached with key non-OPEC countries, including the Russian Federation that they contribute by a reduction of600 tb/d production.

In testimony of the above-stated the undersigned, authorized by their governments, have signed this Agreement. 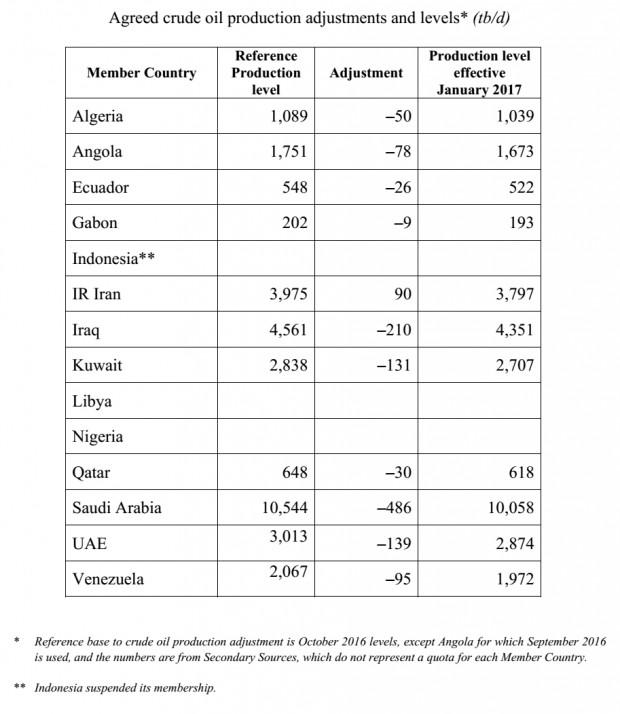