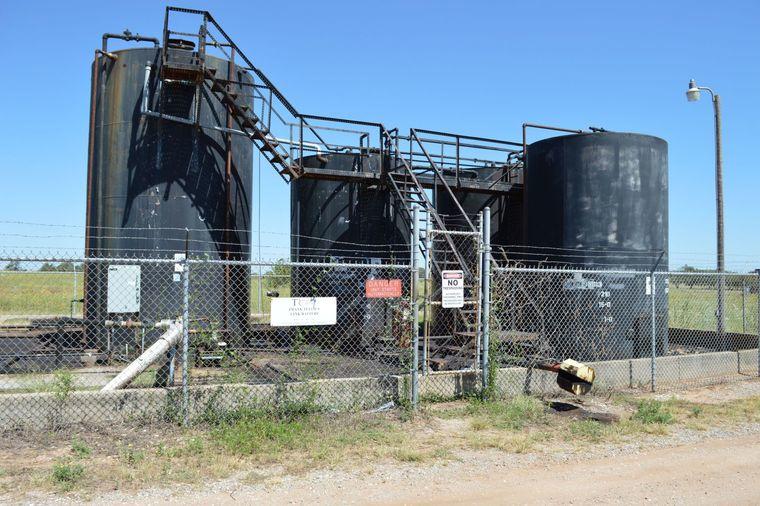 FT wrote, the agreement by Opec, the oil producers' cartel, to cut output has been welcomed in the US industry as a godsend for hard-pressed production and service companies. But many groups are still expected to be cautious about stepping up production, as they seek to strengthen fragile balance sheets.

Shares in US oil companies soared on Wednesday as Opec ministers meeting in Vienna agreed a plan to cut output by 1.2m barrels per day.

"The biggest beneficiaries from this Opec move are the US shale players," said Mike Kelly, head of exploration and production company research at Seaport Global Securities.

"It is really a pivotal moment for the industry here: it's game on for ramping up activity."

Crude prices soared on Wednesday as news of the proposed Opec production cut began to emerge. US benchmark West Texas Intermediate crude for January delivery rose almost 9 per cent over the day to about $49.50 per barrel.

US oil and gas company shares surged higher, too, with Chesapeake Energy rising 9.9 per cent during the day, EOG Resources up 10.9 per cent, Continental Resources 22.9 per cent and Whiting Petroleum 30.3 per cent.

There were also sharp rises for oil services companies, with shares in Halliburton up 11.1 per cent and Transocean, the offshore rig operator, up 17.1 per cent.

However, the deal is unlikely to lead to an immediate change of course for US producers, some industry advisers say. Most companies are still unable to pay for their capital spending out of their cash from operations, and need continued inflows from the capital markets and asset sales to finance their drilling programmes.

Although some companies, including ConocoPhillips, Pioneer Natural Resources, Marathon Oil and Devon Energy, will generate enough cash with oil at around $50 to pay for the investment needed for strong production growth, others need much higher prices, according to Wood Mackenzie, the research company.

The number of rigs drilling for oil in the US, which started to plunge as crude fell in the second half of 2014, has been rising steadily since May. There were last week 376 rigs drilling the horizontal wells used for shale oil production in the US, up 52 per cent from a low of 248 six months ago.

Companies have typically driven their costs down by about 40 per cent, and in the most productive areas, particularly the Permian Basin of west Texas and the Scoop and Stack areas of south and central Oklahoma, some wells can be profitable even with crude below $50.

Rystad Energy, another research group, has estimated that there are about 450 new wells being brought into production in the US each month, enough to keep US shale production roughly stable, following about 18 months of decline.

Andrew Slaughter, head of the energy research centre at Deloitte, says he would expect the US shale industry to take another 12-18 months to ramp back up to strong growth again. In the five years between 2010 and 2015 the US increased its crude production by approximately 4m b/d.

That boom was powered by a torrent of borrowing. US exploration and production companies have raised $758bn in syndicated bank loans and $275bn from bond sales since the start of 2007, according to Dealogic.

The result has been mounting financial strain as revenues have fallen. The listed exploration and production companies' net debts are about 4.1 times their earnings before interest, tax, depreciation and amortisation over the past 12 months, up from 0.7 times in 2005, according to S&P Capital IQ.

Conoco has made it clear that if it does have extra revenue coming in thanks to higher oil prices, it will use the cash for debt reduction first, and growth second. Other companies are in similar positions.

"If you are a highly leveraged company, develeraging has got to be a priority," Mr Slaughter says.

Bond issuance by US exploration and production companies has slowed to $17.5bn so far this year, compared with $28.7bn in 2015, according to Dealogic. It is on course to be the slowest year for the sector's bond sales since 2008.

It has been a record year for equity sales, with $42.7bn raised by the industry, and investors who put additional capital into the sector have often been well rewarded recently. But the companies that are too heavily indebted or have lower-quality assets will not be able to raise fresh funds from share sales.

Another constraint that will affect the industry's rebound is the loss of capacity in the service industry. Old equipment was scrapped, and 158,000 people lost their jobs in the US. Service providers have made it clear that as activity picks up, they want to reverse the price cuts they accepted during the downturn.

Perhaps the most important constraint of all is the psychological factor. Phil Steed, a managing director at Opportune, an energy consultancy, says US companies will be wary of overextending themselves because of uncertainty over how effectively the Opec deal will be implemented and how long its positive impact on oil prices will last.

"The past 18 months have been pretty tough," he said. "People have been through a lot, and before they start investing in growth, they want to be sure it's not going to go away again."

A similarly cautions view means Wood Mackenzie has not yet updated its US oil production forecast, which shows a gentle decline into the middle of next year, according to Skip York, its vice-president of integrated energy.

If crude prices keep on rising, though, US oil producers' activity could really start to pick up. "Producers are always inclined to spend more than they make," Mr Kelly says. "And they always want to ramp up production when they can."