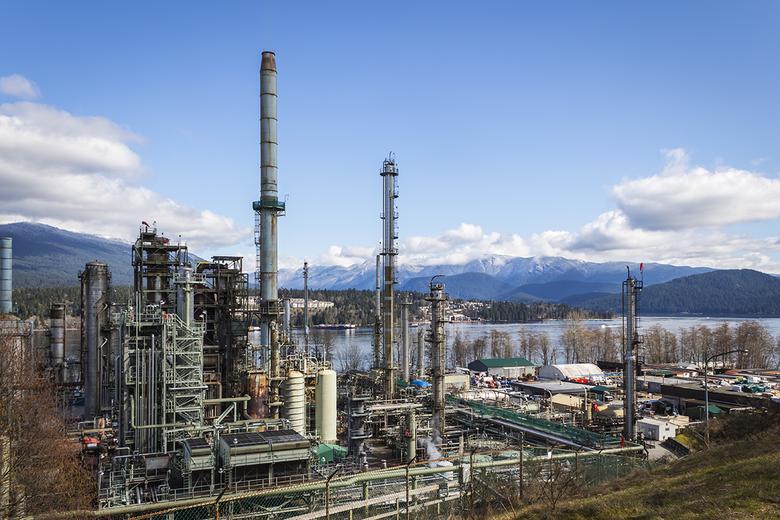 Sales and other operating revenues in fourth quarter 2015 were $28 billion, compared to $42 billion in the year-ago period.

"Our 2015 earnings were down significantly from the previous year, reflecting a nearly 50 percent year-on-year decline in crude oil prices," said Chairman and CEO John Watson.

"We're taking significant action to improve earnings and cash flow in this low price environment," Watson stated. "Operating expenses and capital spending were reduced $9 billion in 2015 from 2014, and I expect similarly large reductions again in 2016. In addition, asset sales proceeds were $6 billion in 2015, with additional sales planned for 2016 and 2017."

"Improved refinery reliability allowed us to capture the benefits of a favorable margin environment and post excellent downstream results for the year," Watson added. "We continued to reshape the downstream portfolio with well-timed asset sales and good progress on petrochemical investments."

"We advanced our upstream major capital projects," Watson added. "We had first production from two deepwater projects in Africa, and ramped up production from Jack/St. Malo in the deepwater Gulf of Mexico and our shale and tight resources in the Permian Basin. We made significant progress on our LNG projects in Australia, in particular the Gorgon Project  where we expect to be producing LNG within the next few weeks. Successful completion and start-up of these and other major capital projects will translate into significantly lower capital spending, higher production and growing cash generation in the months ahead.”

Watson commented that the company added approximately 1.02 billion barrels of net oilequivalent proved reserves in 2015. These additions, which are subject to final reviews, equate  to approximately 107 percent of net oil-equivalent production for the year. The largest additions were from production entitlement effects in several locations and drilling results for the Permian  Basin in the United States and the Wheatstone Project in Australia. The company will provide additional details relating to 2015 reserve additions in its Annual Report on Form 10-K scheduled for filing with the SEC on February 25, 2016. 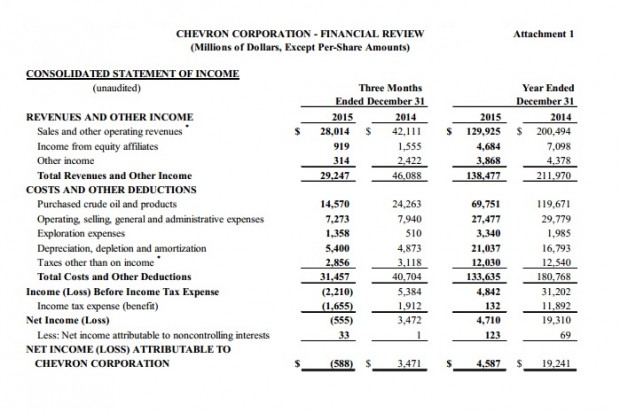