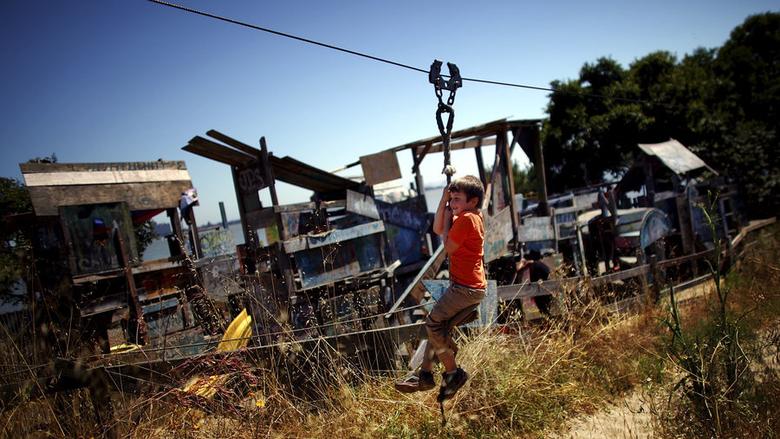 Oil companies are cutting investment, slashing jobs and selling off pipelines and other assets as crude prices plunge.

"It's going to be a very turbulent year for our industry," says BP CEO Bob Dudley.

The latest warnings came from Exxon Mobil, which reported Tuesday that fourth-quarter earnings fell 58 percent in the oil giant's weakest quarter since 2002. The results were even worse at BP, which posted a 91 percent decline in profit.

Even with a big glut of oil and low prices, producers are pumping to earn what they can. Exxon boosted production of oil and natural gas by nearly 5 percent. Oil companies are counting on seasonal demand to pick up some of the slack later this year, but it is anyone's guess how long the current lower crude prices will last.

Crude prices first fell below $30 last month from above $100 in mid-2014. Consumers are benefiting from cheaper gasoline and other fuels, but oil companies and employees are feeling the pain.

"I expect continued layoffs, restructurings, and consolidation among oil and gas companies," said Gianna Bern, an associate professor of finance at the University of Notre Dame. "We are witnessing the perfect storm in this industry."

A snapshot of how the companies are faring:

THE NUMBERS: The fourth quarter was Exxon's weakest since 2002 but better than Wall Street had feared.

It earned $2.78 billion, or 67 cents per share. That was 3 cents better than the average forecast of analysts surveyed by Zacks Investment Research.

JOBS: The company says it has 20 percent fewer workers than five years ago and will continue to focus on "productivity enhancements" and efficiency, said director of investor relations Jeff Woodbury.

WHAT'S NEXT: Exxon slashed fourth-quarter capital and exploration spending by 29 percent compared with a year earlier, and it plans to cut that spending by one-fourth, or about $8 billion, in 2016. But it still plans to start six new projects this year.

THE NUMBERS: The UK's biggest energy company reported that fourth-quarter earnings fell to $196 million from $2.2 billion on lower prices and another huge set-aside to cover costs related to the 2010 drilling rig disaster in the Gulf of Mexico. Higher margins in refining weren't enough to offset lower oil prices.

WHAT'S NEXT: The company also forecast asset sales of up to $5 billion this year.

THE NUMBERS: The No. 2 U.S. oil company behind Exxon reported last week that it lost $588 million in the fourth quarter, compared with a year-earlier profit of $3.47 billion and its first losing quarter since 2002.

WHAT'S NEXT: Chevron has already sold off $11 billion in pipelines and other assets in the past two years and hopes to unload up to $10 billion more through 2017. The company cut fourth-quarter spending by about $9 billion compared with a year earlier. Watson told investors Chevron will finish projects already in the works but won't start new long-term ones.

THE NUMBERS: The Anglo-Dutch company two weeks ago warned that adjusted earnings for 2015 fell by roughly half. Shell expects full-year profit excluding one-time gains and costs to be between $10.4 billion and $10.7 billion, down from $22.6 billion in 2014.

JOBS: Announced 7,500 job cuts last fall and says it will shed another 2,800 jobs if it succeeds in buying BG Group PLC.

If the BG deal goes through, Shell expects that the combined company will slash such spending by 45 percent this year. The company is scheduled to report fourth-quarter and 2015 results on Thursday.