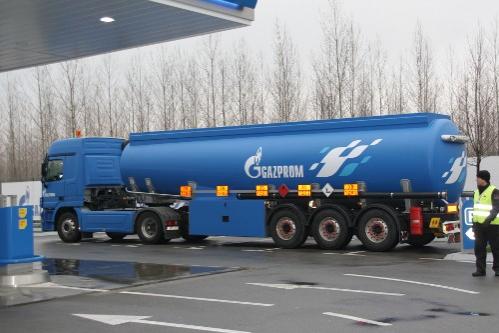 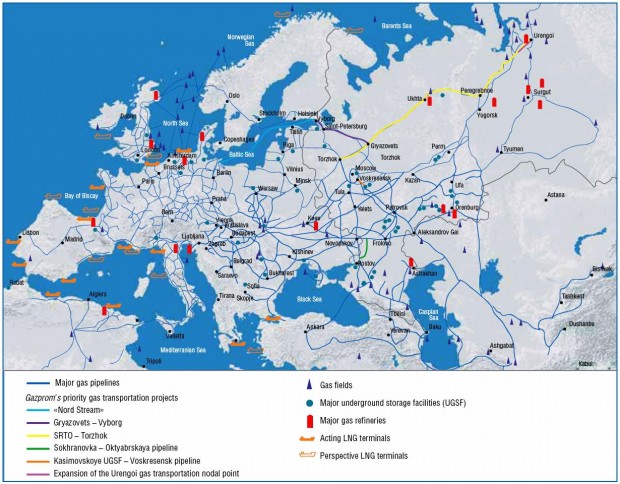 With the prospect of a wave of US liquefied natural gas (LNG) supplies starting to hit the market later this year, energy investors fear the Russian state gas giant may adopt the same strategy in the gas market that Saudi Arabia has done in oil.

It may seem like a gas price war is the last thing that Russia, already reeling from the impact of low oil prices, needs.

But analysts say that such a strategy may be economically rational for Gazprom: already-low prices in the European gas market mean it could relatively easily push prices to a level at which it would be unprofitable to ship LNG from the US — and in doing so defend its market share in a region which accounts for the bulk of its profits.

Such a move would have significant repercussions for the global energy markets: a fully-fledged price war in the European gas market could have a ripple effect across other regions and commodities — from Australian LNG to Colombian coal — as well as threatening the viability of the nascent US LNG industry.

"Why would you concede market share to a higher cost producer?" says James Henderson, Russian oil and gas specialist at the Oxford Institute for Energy Studies (OIES). "If I was an investor in US LNG I would be worried."

The argument in favour of a price war is simple.

Just as Saudi Arabia is the main swing producer for the global oil market thanks to its ability to ramp up production if needed, Gazprom is the main holder of spare capacity in the global gas market.

According to Gazprom executives, the company has about 100bn cubic metres of spare production capacity — thanks largely to investments made on over-optimistic assumptions about future gas demand — equivalent to almost a quarter of its production and about 3 per cent of world output.

And just as Saudi Arabia has been unnerved by the prospect of US shale oil producers eroding its market share, Gazprom faces a similar prospect in the gas market. The flood of cheap gas unleashed by the US shale boom has prompted a wave of US LNG projects in recent years. The first cargo of LNG from the "lower 48" contiguous states of the US was shipped in January, and the total export capacity under construction is equivalent to two-thirds of Gazprom's exports to Europe.

Finally, like Saudi Arabia in oil, Gazprom is one of the lowest-cost gas producers. According to calculations by Mr Henderson at OIES, the cost to Gazprom of delivering its gas to Germany is $3.5 per mmbtu (million British thermal unit) — compared with an estimated $4.3 per mmbtu break-even for US LNG supplies despite US gas prices trading near 16-year lows.

Put all those facts together, and it would seem to make sense for the Russian company to push down prices to keep US LNG out of the market.

"Now the market is getting excited about it; but also the Russians have done their maths and they know they can win if it happens," says Thierry Bros, European gas analyst at Société Générale in Paris.

Such a move would be cheaper to implement now because European gas prices have already fallen dramatically — spot UK gas prices are down 50 per cent in the past two years. Gazprom's contract prices, which are largely tied to oil prices, have kept pace with the spot gas market decline and are likely to fall further in the next six to nine months.

Mr Bros estimates it would cost Gazprom $1.3bn in lost revenues to price US LNG out of the market this year — less than 1 per cent of its historical annual sales.

Gazprom executives have studied the economics of the price war approach and are discussing the issue, according to people familiar with the company's thinking.

At a meeting with investors in New York this week, Alexander Medvedev, Gazprom's deputy chief executive, argued that low spot prices in Europe had already made US LNG supplies uneconomical. "Despite the prevailing view on the market that North American LNG can change the current pricing model in Europe, in reality this is not the case at all," he said.

Analysts say a Gazprom-led price war could have two distinct objectives: first, to price cargoes of US LNG out of the European market in the short term; and second, to disincentivise new investments in LNG projects in the longer term.

The first goal would require the European spot price to fall below the marginal cost of shipping US gas to Europe — a scenario that Mr Bros now believes is likely in the second half of this year, but which analysts say would be painful for Gazprom to maintain for a long time.

More sustainably, Gazprom could adopt a medium-term strategy of managing European prices to prevent new LNG projects being approved. While few projects are likely to be considered in the short term given low oil and gas prices on both sides of the Atlantic, it may become a consideration should prices rise in the next year or two.

As one government official in Moscow puts it: "They have no choice. They are already in a price war."

NORD STREAM -2 WILL BE BUILT